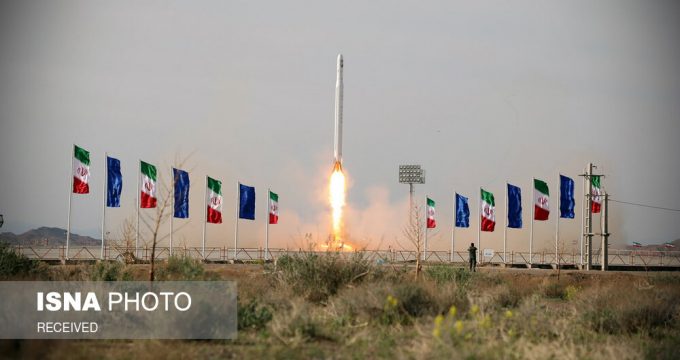 “Reports that Iran has carried out a satellite launch – using ballistic missile technology – are of significant concern and inconsistent with UN Security Council Resolution 2231,” a Foreign and Commonwealth Office (FCO) spokesperson said in a statement.

“The UN has called upon Iran not to undertake any activity related to ballistic missiles designed to be capable of delivering nuclear weapons. Iran must abide by this,” the statement said.

“We have significant and longstanding concerns, alongside our international partners, over Iran’s ballistic missile programme, which is destabilising for the region and poses a threat to regional security.”

Iran’s Islamic Revolutionary Guard Corps (IRGC) said in a statement that the satellite had reached its orbit, 425 kilometers (264 miles) above the earth’s surface.

The two-stage satellite carrier that carried Noor 1 took off from Iran’s Central Desert.

The IRGC considers the launch a “major achievement” for Iran’s missile capabilities.

Over the past years, Iran tried sending satellites to space, but failed. The last experiment was in February when it launched a communication satellite named Zafar 1, which didn’t achieve the required speed to reach its orbit.