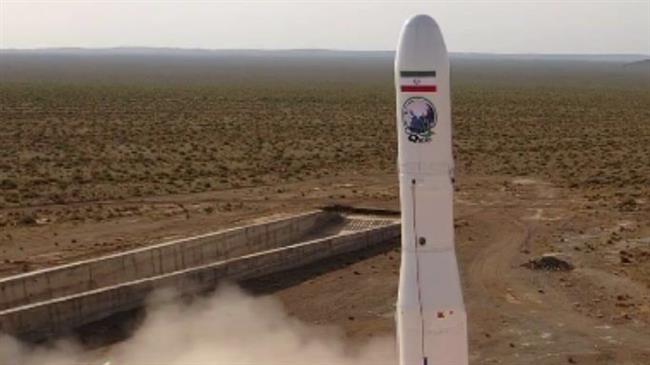 MNA | Mehdi Azizi: Iran could manage to launch its first military satellite, the Noor-1 Satellite, by the domestically-built launcher Qassed (messenger) on Wednesday morning to expand its international presence in the space industry.

The significant point is that the US intelligence and security forces could not have any clue about Iran’s such activities and this caused them a great surprise.

Besides being a surprise, Noor-1 Satellite is a great achievement for. It is a big security shock to westerners and Americans, in particular when Iran is under tough US sanctions.

The Islamic Republic was not expected to take such a measure under the sanctions and amid the coronavirus pandemic.

Westerners, who are entrapped in the pandemic and have not been able to gain any success in curbing the virus, did not expect such a move from Tehran.

More interesting than the silence of Arab and west countries about this achievement of Iran and their effort for disparaging it was Trump’s tweet a few hours after the Noor-1 Satellite was launched. He threatened Iranian gunboats for being shot down if they get near to the US boats.

Trump seeks revenge in international waters, while IRGC forces have reached the space.

However, last week confrontation between IRGC and the American military vessels must be kept in mind.

Trump also wishes to find a way out of US domestic challenges and its crisis under the pandemic.