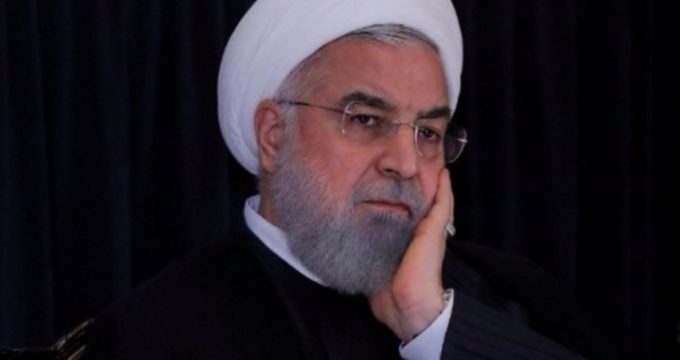 Rouhani hits out at skeptics of Iran pandemic statistics

Al-Monitor – The Iranian president said skeptics of the official coronavirus narrative in his country are serving as enemy mouthpieces.

Iranian President Hassan Rouhani has dismissed allegations of cover-up and mismanagement in his government’s response to the coronavirus outbreak. “They are a small minority and the mouthpieces of foreigners,” Rouhani said in his portrayal of those critics, “who are simply parroting” the enemy’s stance, trying to “profiteer” from the pandemic by “disseminating mistrust” in society.

Iran announced 94 new deaths April 22, raising coronavirus mortalities close to 5,400. Infections stood near 86,000 as signs appeared that the earlier sharp rise in COVID-19 cases was slowly coming under control. From day one, however, Iran’s official account has been challenged not just from abroad, but with an even more fierce, blistering critique at home. City council members, mayors and lawmakers representing the hardest-hit cities such as Qom, Rasht, Mashhad and Tehran have relentlessly expressed skepticism about the government’s version, which they believe is not reflective of the larger number of deaths and cases.

Earlier this week, Health Ministry spokesman Kianoush Jahanpour, who has become a familiar face on Iran’s state TV with daily coronavirus briefings, lashed out at some members of the Reformist-dominated Tehran city council for questioning his statements, advising them to stay out of areas in which they lack specialty. “They do have a history of expressing such opinions about elections as well,” Jahanpour said, referencing the 2009 disputed election in Iran, when the larger Reformist camp alleged widespread vote rigging in favor of hard-line candidate Mahmoud Ahmadinejad.