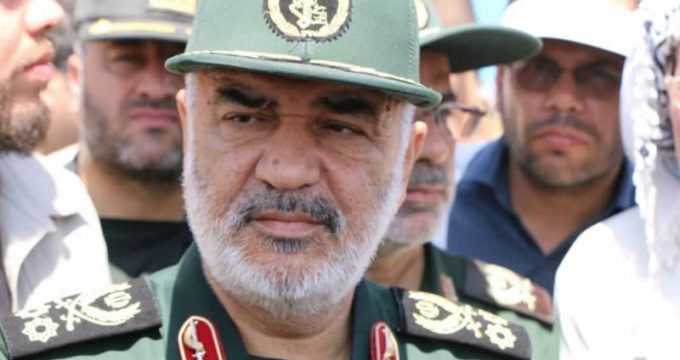 Guards chief: US warships will be destroyed if threaten Iran’s interests in Persian Gulf

US forces have no business in PG 7,000 miles away from home: Zarif

Iran’s Foreign Minister Mohammad Javad Zarif reminded Washington that American forces “have no business 7,000 miles away from home” and are provoking Iranian sailors in the Persian Gulf.

Iranian President Hassan Rouhani said that the launch of Iran’s first military satellite into space by the Islamic Revolutionary Guards Corps (IRGC) is ‘valuable and blessed’.

The European Union has urged the United States to ease its sanctions on Iran and approve economic aid to help deal with the coronavirus pandemic, but its calls were rejected, the EU’s top diplomat said on Wednesday.

Iran’s defense minister has dismissed US reports of harassment by Iranian vessels as “baseless” and said the “illegal and aggressive” American presence in the Persian Gulf is causing insecurity in the region.

Iran’s death toll from the new coronavirus outbreak increaed by 90 in the past twenty four hours to 5,481, Health Ministry spokesman Kianush Jahanpur said in a statement on state TV on Thursday.

The Secretary of Iran’s Supreme National Security Council (SNSC) Rear Admiral Ali Shamkhani, in a tweet on Wednesday, praised and congratulated IRGC for the successful launching of the first military satellite of Iran.

US confirms Iran’s successful launch of satellite into orbit

The United States has assessed that Iran successfully launched a military satellite into orbit for the first time on Wednesday, according to two US Defense Department officials.

Konstantin Kosachev, the head of Russia’s upper house Committee for International Relations, rejected claims by US officials that Iran’s recent successful launch of a military satellite into the orbit violated UN Security Council resolutions.
Brigadier General Hossein Salami, Mohammad Javad Zarif, Noor-1 Satellite, US presence in Persian Gulf April 23, 2020
In the year of Surge in Production, the government will do its best to implement this motto by Leader in practice: Rouhani
Rouhani hits out at skeptics of Iran pandemic statistics