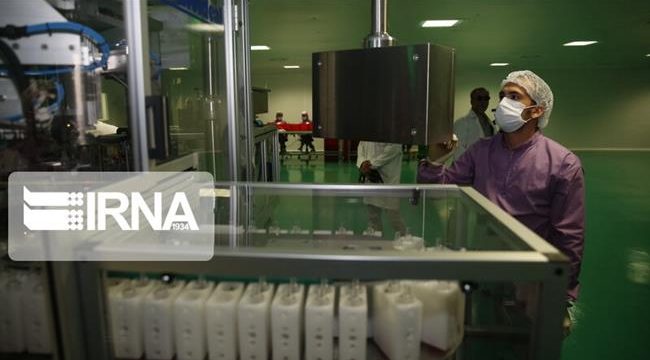 Press TV – New figures by the Iranian government show that the manufacturing sector expanded by over 14 percent in terms of size over the past calendar year.

Iran’s Ministry of Industry, Mine and Trade (MIMT) said on Tuesday that the number of licenses issued for setting up manufacturing units in the country rose by nearly 28,000 in the year ending March 19.

It said more than 630,000 new jobs would be created through the expansion of the sector, an increase of 14.2 percent year on year.

The MIMT said the amount of new investment attracted to manufacturing in Iran over the same period exceeded 3,460 trillion rials ($22.75 billion), adding that industrialists and producers invested some $1 million on average to set up new factories and plants.

The ministry, which is also in charge of mining activities in Iran, said the number of permits issued for launching new mines also surged by nearly three percent over the past calendar year, helping to create over 106,000 new jobs in Iran.

The average investment carried out for launching new mines in Iran also increased slightly year on year to reach $625,000, it said.

Leader of the Islamic Revolution Ayatollah Seyyed Ali Khamenei said in his New Year address to the nation last month that the Persian calendar year of 1399 should be a “year of jump in production”.

That comes as Iran experienced a significant boom in manufacturing and mining activities over the past calendar year mainly because of a series of government policies to diversify the economy away from oil.

Iran’s direct sale of crude remains under a series of tight American bans since Washington withdrew from a nuclear deal with Iran two years ago.