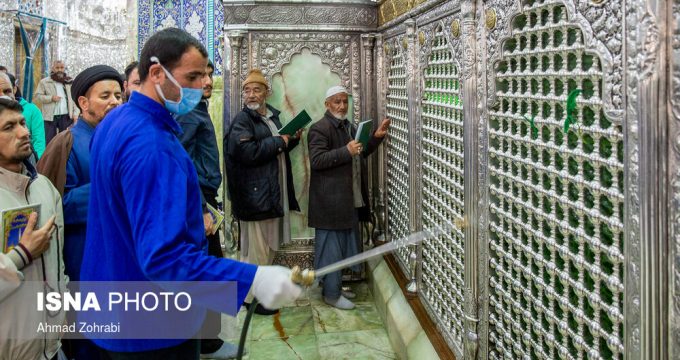 Al-Monitor – While gradually reopening much of the economy amid lowering coronavirus-related mortalities, the Iranian government has extended a shutdown of religious sites nationwide.

The closure of holy sites in Iran has been extended for two more weeks, until May 4, amid fears that religious gatherings may complicate wider coronavirus containment plans in the country. A further extension beyond the announced date, according to Iran’s Health Ministry, will be decided on the basis of updated assessments on the trajectory of the fight against the pandemic.

Earlier this week, much of Iran’s economy went up and running again, largely returning to where it was during the pre-pandemic period. Grand bazaars and commercial complexes were among the latest to resume activity under a series of health protocols.

The decision by the government of moderate President Hassan Rouhani to continue to keep religious sites under a shutdown was made despite calls for reopening from some members of the conservative clergy, including powerful cleric Ayatollah Ahmad Alamolhoda, who leads Friday prayers in the northeastern holy city of Mashhad.