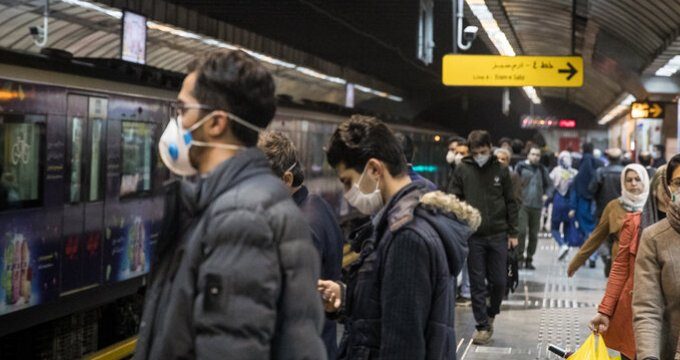 Bourse and Bazaar – Following two years of recession triggered by the Trump administration’s “maximum pressure” sanctions campaign, Iran was showing signs of economic recovery in the last quarter of 2019. But when authorities announced the country’s first confirmed deaths from COVID-19 in mid-February, Iran was thrust into a new crisis. According to official statistics, COVID-19 has caused over 5,000 deaths and 83,500 infections to date.

Fears that authorities were slow to contain the crisis have now been replaced by a new concern—like many developing economies, Iran may not be able to afford the protracted lockdown necessary to bring the virus fully under control.

Iran entered a partial lockdown on March 13, one week before the Nowruz holiday. The lockdown measures were further tightened on April 4, just after the holiday period ended. But on Saturday, authorities allowed some businesses to begin reopening, including shops and bazaars. The decision to rollback the containment measures despite the continued risk of infection was informed by a set of reports, which presented dire assessments of the virus’ economic impact.

A 17-page report published earlier this month by the Majlis Research Center, a highly-regarded research organization affiliated with Iran’s parliament, called on the Iranian government to focus on two goals: o provide more support for businesses through tax breaks and delaying debt servicing in order to prevent mass layoffs and to stimulate demand while shielding the most vulnerable in society from the economic blow of the pandemic. In support of containment measures, the report explained that “a maximal reduction in social interactions will be necessary for the coming month” in order to slow the spread of COVID-19. But at the same time it warned of the steep economic costs of any protracted lockdown.

Similarly focused on the impact of the lockdown on Iran’s service sector, an assessment by the Ministry of Welfare, Labor and Social Affairs suggested that lockdown measures put 4 million people at risk of long-term unemployment, a figure that includes 700,000 individuals who are informally employed.

The macroeconomic impact of the slowdown is also captured in new projections from the International Monetary Fund, which has revised its estimate for Iran’s 2020 economic growth from flat growth to a contraction of 6 percent, which would mark three consecutive years of substantial recession.

Iran’s Ministry of Economy released its own report on the eight challenges facing the Iranian economy for in the coming year. Foremost among these challenges is the impact of intensifying U.S. sanctions on Iran’s access to its foreign currency reserves—an challenge made more acute given that Iran’s foreign exchange earnings will be hit by both the historic low oil price and the slowdown in global trade, which will depress Iran’s non-oil exports. The report also noted the impact of the economic crisis on consumption. While consumption in Iran had remained relatively stable in the face of sanctions pressures, the lockdown and reduced purchasing power have reduced demand.

Efforts to provide relief to ordinary Iranians and boost consumption are straining government budgets already unbalanced by the low price of oil. The Rouhani government’s ratified budget for the current fiscal year—ending March 20, 2021—accounted for substantial oil exports and a global oil price of USD 50 per barrel. Although the government budgets are in disarray, the government has moved to introduce a fiscal stimulus to soften the economic blow of the lockdown.

The Rouhani administration has introduced a cash stimulus package that will provide between IRR 2 million to IRR 6 million in supplementary transfers (equivalent to USD 12 to USD 36 at the free market rate) to households already receiving welfare support. This “coronavirus transfer” will be paid for an initial period of four months. In addition, the government will make available a one-time no-interest loan of IRR 10 million (equivalent to USD 62) to the 24 million households which currently receive welfare transfers.

But the stimulus measures have been criticized as insufficient given the extent of the economic crisis and the hardship facing millions of Iranians. Acknowledging the shortcomings of the stimulus plan, central bank governor Abdolnasser Hemmati expressed regret, saying that if it were not for U.S. sanctions the government would have greater resources to support the public.

As is tradition, Iran’s Supreme Leader, Ali Khamenei, have a televised address on March 20 outlining his policy goals for the coming year. For this year, Khamenei has called for a “leap in production.” But as the government struggles to manage tradeoffs between public health crisis and economic welfare, the country’s policymakers are set to make a leap into the unknown.