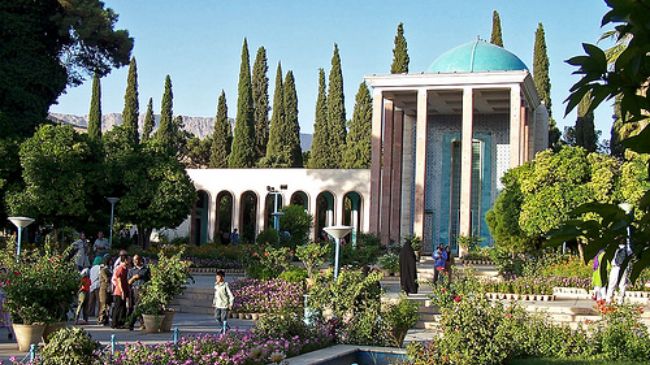 Lessons on humanity from Persian literature

MNA | Seyyed Mostafa Mousavi Sabet: All of Iran’s celebrations this year to mark Sadi Day on April 20 will be organized online due to the COVID-19 disaster. The day marks the anniversary of the completion of the Gulistan (The Rose Garden), a major work of the classical Persian literature by Sheikh Muslih od-Din Sadi Shirazi who lived during the 13th century CE.

Sadi was introduced to the generation of Iranians that are now in their fifties with the following verses at the primary school age:

The sons of Adam are limbs of each other

Having been created of one essence.

When the calamity of time afflicts one limb

The other limbs cannot remain at rest.

If thou hast no sympathy for the troubles of others

Thou art unworthy to be called by the name of a man.*

Teachers usually spurred students on to memorize it in class or as homework, something that seemed boring and nonsensical!

Teachers and parents spent long hours talking to their children about the messages the verses convey. But most students only absorbed as much of the messages as they needed in order to receive a passing grade in literature.

Years have passed and the generation now knows that Sadi’s poem is a great lesson about humanity, which has been neglected over history, and today’s problems result from this negligence.

Now, as a result of the coronavirus, this very small living thing that has managed to infect the whole world, people’s remarks are full of allusions to the poem.

In his call for unity for Spaniards on April 4, Spanish Prime Minister Pedro Sánchez made a direct reference to the tour de force.

In addition, a group of Turkish Persian learners at Ataturk University in Erzurum released a video showing them reciting the poem to express their solidarity with Iranians in the battle against COVID-19.

This is the power of literature, and the influence of Persian literature in particular. People need to revise their outlook on the world. They need to unite to tackle the blight and many other disasters that may strike the world in the future, as another poem composed by an unsung contemporary Persian poet in 1980 calls for:

Let us all join together, my dear ones,

Do not remain isolated in pain,

AS our mutual afflictions,

Shall never be relieved all alone,

The tribulations in our lives,

Shall never be overcome unless we fight on a joint warfront

It would be pity if the article comes to an end without a reference to the Divan of Hafez, Sadi’s fellow citizen and another great figure of the classical Persian literature. The following poem from his Divan brings us a message of hope for change in the prevailing situation:
From Canaan Joseph shall return, whose face

A little time was hidden: weep no more

The roses yet shall spring from the bare floor!

And heart bowed down beneath a secret pain

Peace to the love-tossed brain – oh, weep no more!**

* The Golestan of Saadi translated by Richard Francis Burton.

** The Divan of Hafez translated by Gertrude Bell.