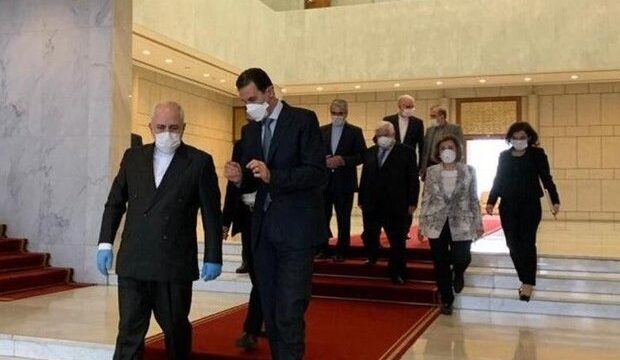 Leading a high-ranking delegation, Zarif arrived in the Syrian capital this morning and met with President Bashar al-Assad and Foreign Minister Walid Al-Moalem to discuss bilateral ties and regional developments as well as the latest political and field developments with regard to Syria’s fight against terrorism.

The last time the top Iranian diplomat visited the Arab country was in April last year.

During a short visit to Tehran last February, the Syrian president had underlined the two countries’ cooperation in combating foreign-sponsored terrorism in the region and consolidation of the entire resistance front.