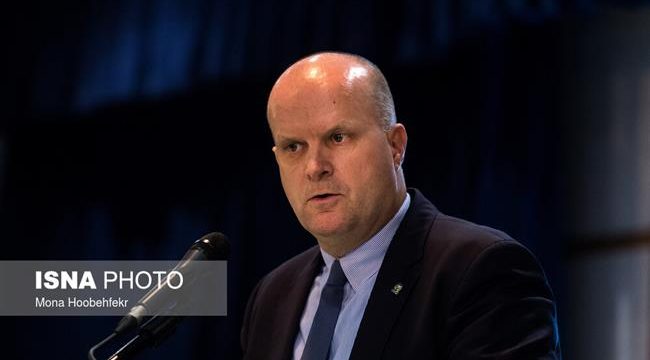 Press TV – The representative of the United Nations High Commissioner for Refugees (UNHCR) in Iran, Ivo Freijsen, has hailed as an “important achievement” the country’s hosting of Afghan refugees for more than four decades, vowing to help the Islamic Republic protect Afghans amid the ongoing novel coronavirus pandemic.

“As UNHCR, we want to first and foremost underscore and highlight that it has been commendable that Iran has been hosting refugees primarily from Afghanistan for more than 40 years now, which is an important feature and an important achievement, a commendable achievement,” Freijsen said in an exclusive interview with Iran Press on Saturday.

He added that the UN refugee agency in cooperation with its international partners would provide Iranian authorities with further support to protect the Afghan refugees until they can voluntarily and safely go back to their “fully stable” homeland.

“Iran has done very well over the years in making basic social services accessible for refugees,” the UN official pointed out.

Iran spends $8 billion on Afghan migrants every year in various sectors, and has repeatedly complained that the countries which caused the displacement of Afghans must accept responsibility and help cover the costs.

“Afghans now constitute the largest group of arrivals in Europe, exceeding for the first time the arrivals from Syria,” Guterres said, expressing regret that returns to Afghanistan have hit a historical low.

Elsewhere in his interview, Freijsen said the role and mandate of the UNHCR in the Islamic Republic is to essentially assist the government and other actors in their efforts to provide basic social services and to protect Afghan refugees in areas such as health, education, livelihood and skill development.

He added that the UNHCR would support and closely work with its partners in Afghanistan on “voluntary repatriation so that Afghan refugees who wish to go back to their home areas can do so in an organized and planned manner.”

“This is what we would like to see in international norms that systems are accessible for refugees” and Afghan children take advantage of education and healthcare like all the other children in Iran, he said.

Freijsen noted that the UNHCR tries to maximize its support for Iran in the protection of refugees and related services, particularly amid the current coronavirus outbreak.

He said the UNHCR would definitely like to do more in this regard but its ability depends fully on the amount of money given by donors.

In a statement late last month, Iran’s Foreign Ministry threw its weight behind a proposal by the United Nations secretary general for a global ceasefire in conflict-hit zones and a nationwide truce in war-ravaged Afghanistan.

“The Islamic Republic of Iran shares the good idea of His Excellency Mr. Antonio Guterres in announcing a global ceasefire in all conflicts and focusing on the campaign against the coronavirus, which is ruthlessly targeting all people regardless of their religion, faith, race, gender and age,” the ministry said.

The statement said Iran, as a neighbor of Afghanistan and host to millions of Afghan refugees for the past four decades, fully supports the UN chief’s initiative for nationwide ceasefire.