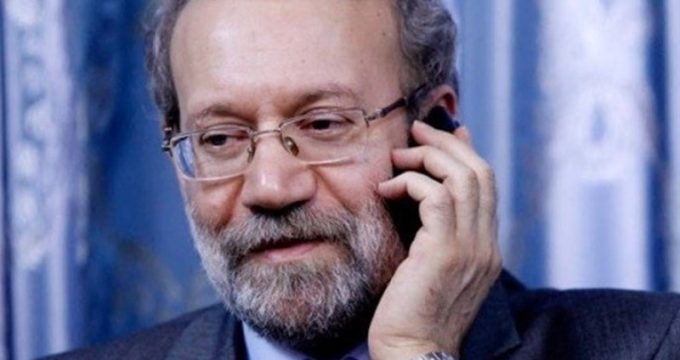 Haniyeh praised Iran as a constant supporter of the resistance front in the region and the oppressed Palestinian nation, and wished the Iranian speaker a speedy recovery following his infection with the novel coronavirus.

For his part, Larijani said the anti-human nature of the Zionist regime was further laid bare after Israel refused to lift the blockade of Gaza amid the outbreak of the coronavirus.

In the other conversation, Ismail Haniyeh lauded the Islamic Republic’s unmatched role in supporting regional nations against the cruel policies of the US and Israel.

He also thanked Larijani for his constant support for the resistance groups in the region, particularly for the Palestinian people.

In remarks in July 2019, Leader of the Islamic Revolution Ayatollah Seyed Ali Khamenei said the Islamic Republic has no hesitation when it comes to supporting Palestine.

In a meeting with a high-ranking Hamas delegation in Tehran, Ayatollah Khamenei described the Palestinian issue as “the first and foremost issue of the Muslim world” and hailed the resistance of the Palestinian people and political groups, including Hamas, as “wonderful”.

“Victory will not be achieved without resistance and struggle and, based on a definite divine promise, we believe that the issue of Palestine will surely end in favor of the Palestinian people and the Islamic world,” the Leader stated.