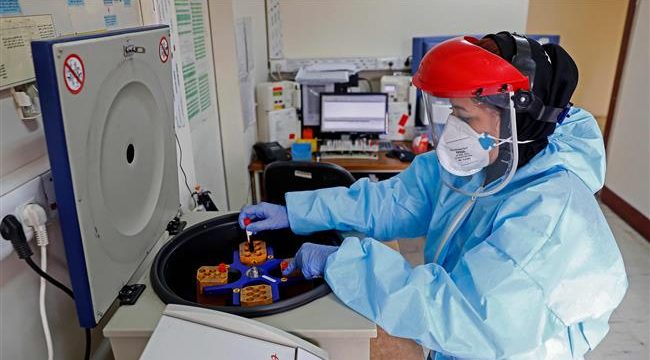 Press TV – The head of Iran’s Biotechnology Society says Iranian researchers have managed to identify the COVID-19 genome sequencing for the first time in the country.

“Iranian researchers managed for the first time in the country to determine the coronavirus genome sequencing, i.e. they determined its genetic code,” Sirous Zeinali told the Islamic Republic News Agency (IRNA) on Friday.

He added that the sequencing showed that the novel coronavirus has had “a very limited genetic mutation” in Iran, noting that the virus shared properties in regions such as Iran, the United States and China’s Wuhan, where the global outbreak first occurred in December.

Noting that the genome sequencing taken from Iranian patients had been carried out in collaboration with Iran’s Pasteur Institute, he said, “By determining the coronavirus genome sequencing, it was known that in case of the production of any vaccine or treatment for this disease, it can be usable all across the world without any distinction.”

Zeinali said nearly 4,000 COVID-19 genome sequencing have been recorded so far across the world, mainly in the US, emphasizing that Iranian researchers have managed to make such an achievement despite sanctions against the country.

The sanctions, imposed on the country after President Donald Trump withdrew the US from the 2015 Iran nuclear deal in 2018, targeted much-needed humanitarian aid and blocked financial transactions.

The bans come despite an International Court of Justice ruling banning Washington’s aid-related sanctions in 2018.

Numerous world leaders and figures, many within the US, have called on Washington to stop its unilateral sanctions against Iran in these circumstances.

In a written statement published on Friday, Iran’s Health Minister Saeed Namaki said the Islamic Republic was on the brink of containing the COVID-19 outbreak in most of the country’s provinces.

Namaki said Iran has been able to curb the outbreak using its own “successful model” despite lacking the financial and material support enjoyed by other countries.

The Iranian health minister also said on Tuesday that the number of fatalities from the pandemic has dropped to double digits for the first time in one month.

Speaking to the Iranian people on Instagram Live, Namaki hailed the country’s “proper” fight against COVID-19, adding, “We are implementing smart distancing and have announced protocols for it. We want to say that we are currently at a more appropriate situation.”