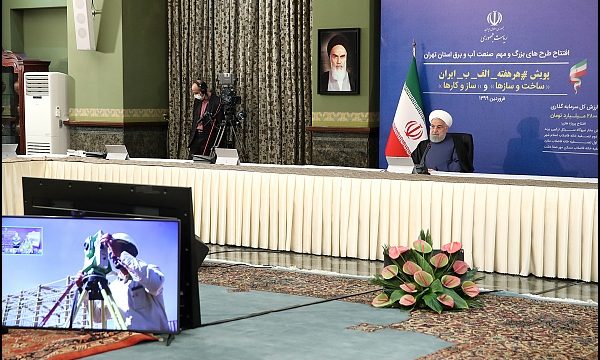 President Rouhani: Iran to inaugurate 50k billion tomans worth of electricity this year

IRNA – President Hassan Rouhani said that by the end of the current Iranian year (will end on March 20, 2021) 50,000 billion tomans worth of projects of Ministry of Energy.

President Rouhani made the remarks in a video conference to inaugurate power and water projects.

Hailing the job done by the Minister of Energy and his ministry’s staff, the Iranian president hoped the same process will go on till the end of the year.

He said the message of such projects is that the people, private and the public sectors, engineers, and workers of Iran that are fighting the coronavirus are also working in economy.

Referring to Supreme Leader Ayatollah Seyyed Ali Khamenei’s choosing the name “Surge in Production” for the current year, he hoped that the country has an inauguration ceremony every week.