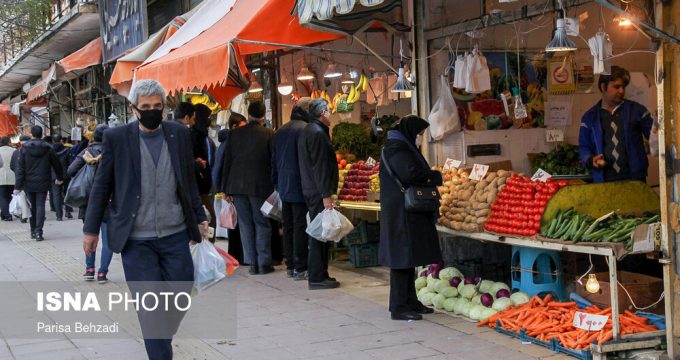 Other countries ponder when to reopen. Iran is already doing it.

The Washington Post | Jason Rezaian: Many leaders around the world are itching to resume normal life after the devastating economic effects of the pandemic. Yet it is Iran, of all countries, that seems to be moving forward the most aggressively. This week it will be the first large country to resume many normal routines.

In February and March, Iran was hit particularly hard by the quick spread of the covid-19 virus. Its rapid spread caught Iranian society completely off guard, overrunning hospitals with tens of thousands of sick patients. Since then, authorities have implemented measures that slowed transmission rates.

Yet there is still widespread uncertainty about whether those measures justify the push to abandon lockdowns and other measures put in place to limit the spread. Many Iranians are worried that letting up too early could expose the country to a second wave of the outbreak. Iran’s hasty return to business as usual could prove to be another cautionary tale of how not to handle pandemics in the 21st century.

Other governments are already facing difficult trade-offs between safeguarding public health and ensuring economic stability. The administration of President Hassan Rouhani has opted to prioritize the latter, trying to breathe life into an economy suffocated by U.S. sanctions and internal mismanagement — at the potential cost of allowing a resurgence of the pandemic.

“Economic activities and health protocols can be pursued simultaneously,” Rouhani said last week during a meeting of Iran’s coronavirus task force. “The opening of businesses does not mean we are ignoring the stay-home principle. Those whose outdoor presence is unnecessary should preferably continue to stay at home.”

While Rouhani and his advisers insist they can mitigate the virus’s spread while keeping commerce flowing, domestic critics warn that Iran faces a second wave of the pandemic. A Tehran city council member called on the government for more transparency:

Under the new guidelines, schools and universities will remain closed. Religious and sporting events are also being postponed. But two-thirds of people who work for the government — Iran’s biggest employer — have already returned to normal duty.

Public transportation — the source, according to estimates from Iran’s health ministry, of a quarter of the country’s coronavirus cases — has resumed standard schedules. Buses and trains are reportedly already as crowded as ever.

Since the initial outbreak in February, local authorities in some of the hardest-hit regions of Iran have called for stricter measures on domestic travel and greater transparency in reporting. Yet they have continued to face official policies of obfuscation and denial.

This has forced an already weary Iranian public to decide for itself what risks are worth taking. Many have decided to self-isolate at home with their families. But the Iranian New Year festivities last month saw a surge in domestic travel that merely accelerated the spread.

The lack of consistent and effective leadership has also led to a fatal spread of misinformation. One widespread rumor — that drinking industrial-grade alcohol provides immunity to the virus — has been responsible for at least 600 deaths.

Adding to the public confusion was a decision late last month to temporarily halt the printing of all newspapers, under the pretext that handling the paper might increase the spread of infections. Many Iranians, distrusting the official explanation, saw the measure as a way of obscuring the destruction caused by the virus. (Newspapers remain a key source of distributing information in the country.) The printing presses were switched on again this week — a move apparently aimed at reassuring the public all is well. But that’s far from true.

In an unprecedented sign of the urgency of the situation, a newspaper funded by the offices of Iran’s supreme leader, Ayatollah Ali Khamenei, published an article calling on three major religious foundations to help fund a desperately needed economic recovery plan.

Ayatollah Khamenei himself, however, continues to blame the virus on Iran’s foreign enemies. In short, chaos still reigns. There is little indication that the threat of a resurgence of the virus has passed or that it is being effectively mitigated.

The mixed messaging is bound to lead to more public confusion and mistrust. In all likelihood, it will also cause more avoidable deaths.

If so, it won’t be the first time. Iran’s leaders have a long history of treating citizens’ lives as expendable when times get tough. The regime’s impatience to get on with the resumption of normal life makes the point yet again.

Try as it might, the Tehran regime is likely to prove — in the form of Iranian lives lost — that countries cannot have it both ways. How Iran fares over the coming weeks will likely shape how other countries respond to the challenge of reopening their economies.

In any case, the outside world should resist the temptation to crow at renewed evidence of the Iranian regime’s incompetence as ordinary Iranians pay the ultimate price. Few governments have covered themselves with glory in the current crisis, and almost all of them will face similarly unpleasant choices in the weeks to come. Let’s hope they don’t repeat Iran’s mistakes.