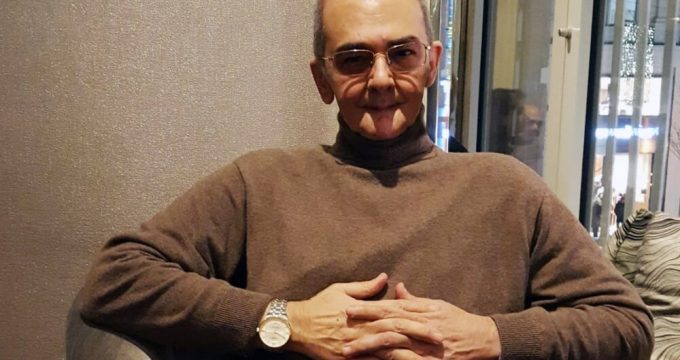 Tehran Times | Haniyeh Sadat Jafariyeh: President of Vienna Energy Research Group believes the Iranian economy was oil-reliant but the country learnt, under US sanctions, how to scaffold its oil industry and economic structure over the years. Presently, Iran is not a loser in the coronavirus-hit global oil market.

Under the coronavirus pandemic, world oil consumption is remarkably reduced and crude prices are being pushed into negative territory. Despite the demand shock and lowered refinery run (some up to 30% of their capacity), some of the most powerful crude producers, with shrinking storage space, have started to increase their output.

Mega producers were allowed to ram up production thanks to the recently expired three-year pact between OPEC and non-OPEC, which urged partners to cut output.

The situation can be translated in short as: “The world will run out of crude storage capacity in the future, if producers do not come to an oil production cut agreement, soon.”

Saudi Arabia has called for an extraordinary OPEC virtual meeting with its allies in the hope of reaching a fair solution to restore a desired balance of the oil markets. The webinar was supposed to be held on April 6 but is postponed to April 8 or 9, to allow more time for negotiations among oil producers on crude supply cuts.

In an interview with Mehr news, the Iranian president of Vienna Energy Research Group, Fereydoun Barkeshli, elaborated on the present conditions of the international oil market and the role its participants are playing under the coronavirus outbreak.

Coronavirus hit the world economy in several ways which made it unprecedented and different from other pandemic viruses. Most if not all recent pandemics started and affected developing countries and often poorest populous countries.

The virus spread from the world’s second economies, China, that is considered a global engine of growth. As the engine of world energy growth, most oil and gas producers have eyed China as their main target.

The Middle East is particularly important for China for its proximity and reliability. On the other hand, the Middle East is considered a major component of the Chinese Belt and Road Initiative.

Having said that the international oil market lost nearly 10 million barrels of crude oil market within a short span of time.

Who are the winners and losers of the present condition?

Coronavirus has impacted negatively the entire global economy. There are virtually no winners. However, oil consumers might have benefited from lower oil prices and abundant supplies. Nevertheless, the world market is highly globalized and when oil producers earn less revenue, they spend less in consequence and their imports are squeezed by lack of income.

In fact, there are more losers than winners.

There are currently some 15 to 18 million barrels a day of oil production for which there are no consumers and even oil storage capacities of producers and consumers are already full. Buyers have no appetite to lift oil which is purchased. Demand for oil is virtually destructed. Many high-price productions and most notably shale oil and offshore productions are nearly halted or reduced output.

OPEC Secretariat estimates that some 20 percent of world oil demand is gone for the first half of 2020.

Does Iran still have a word in OPEC?

This is a good question. In fact, this has been a frequent question in recent months.

My answer is absolutely Yes!

OPEC was created 60 years ago. In September we will be celebrating the 60th anniversary of the organization. In these six decades, member counties have fought, have occupied each other’s territories, have been arched enemies but the organization has survived. OPEC is not about short-term events.

Iran is a founding member of OPEC, while the United States has frequently sanctioned oil producers. Libya, Venezuela, Nigeria, Angola, Ecuador, Iraq, and Iran have experienced US sanctions. Iran and Venezuela, together own 40 percent of OPEC total crude oil reserves and are under US sanctions. In fact, the United States has often used sanctions as a means for its international market management. The number of countries that have experienced sanctions by the US is more than non-sanctioned ones. In OPEC, decisions are taken based on a unanimous vote and each member has an equal voting right. Nevertheless, it’s important to adopt and apply wistful energy diplomacy for the country. The shortage of active and long-sighted oil and gas diplomacy should not necessarily be attributed to sanctions.

How do you assess the impact of COVID-19 on Iran’s situation in intl. market?

I consider the current oil market working in favor of Iran.

Iran is an important producer; however, most of its production is consumed domestically. Iranian petrochemical industry has an important share, too. It is now using a big volume of Iran’s oil and oil products and gas. Refineries have expanded capacity too and export refined products. As such the country is relatively less dependent on crude export earnings, but products with added value.

Iran’s presence in the world oil market has been restricted under US sanctions. As such, Iran is not a loser under the current oil price trends. In fact, the Iranian economy is far too resilient than the economy of all other OPEC producers. Its a resilience at work. Iran is surely affected by Coronavirus in different other ways but its oil industry and economic structure are relatively resilient.

Nevertheless, I have always mentioned that in the international oil market, power is from the wells. Barrels have power and without production and globalized economy, we will not achieve big. Iran’s oil industry needs to be internationalized, too.

In general, we can say that Iran’s oil has been less adversely affected, compared to most countries in the Persian Gulf region.

What about the upcoming OPEC emergency webinar? Who are the main role players? How will they wrap up the session?

First, the idea of setting up a video conference for OPEC emergency meetings has been on the table for a while.

There are logistical problems, however. For instance, 10 AM Tehran time or Middle Eastern time is mid-night in Venezuela. Some new member states, who have recently joined OPEC, may not yet have the technology for the purpose. However, given the current circumstances and obstacles to traveling and social distancing is also a factor.

Mohammad Bin Salman agreed to a collective OPEC plus ministerial conference based on the clear and working commitment by Russia to come on board and support a substantial cut in production. This issue was discussed in detail during December 6 OPEC plus ministerial conference in Vienna. Russia declined to comply. Saudi Arabia withdrew from the declaration of cooperation pact and in retaliation raised output to 12.1 million barrels a day and adopted generous discounts policies with clear intentions of a total price and market share war. This policy was adopted by Saudi Arabia back in 1985-86 when Zaki Yamani called for an all-out price war on emerging North Sea producers and other OPEC producers, who did not adhere to quotas. In Saudi Arabian perception, there is no blood on the floor yet. Countries must see what Saudis are capable of doing in the world market. In this context, Russians are with OPEC in that US shale producers must come on board, too. The more OPEC and Non-OPEC curb output, the more Shale expands its market share.

Accordingly, the success of next week’s video conference depends on how U.S. is going to be supportive of a collective production cut and market management. President Trump has spoken to shale oil producers. Shale producers are some 167 small and medium companies with no OPEC-style organization. In fact, the formation of such an organization is against the US anti-cartel act which prohibits companies from market manipulation.

The market needs a big cut without which it will only be a face-saving meeting to please President Trump. It’s something between Putin, MBS, and Trump.