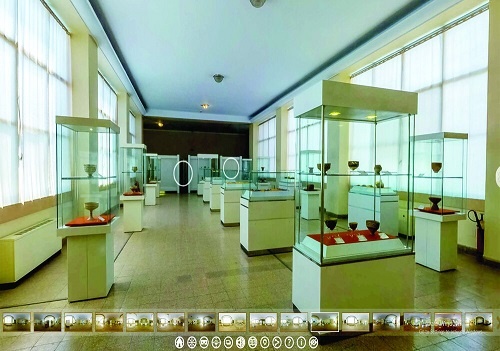 The initiative sought to make the best use of the museum during the coronavirus pandemic, which has forced authorities to shut doors of all museums and historical sites across the country.

Some 10,000 people explored centuries-old objects at the National Museum of Iran online IRNA quoted the director of the museum Jebrael Nokandeh as saying on Friday. The museums are arranging to launch virtual tours of its joint exhibitions showcasing loaned objects, he added.

“In today’s world which is moving towards the use of new technologies, many museums around the world have been arranging virtual tours and online visits,” he noted.

“This year, before the start of the [Iranian] new year (on March 20), the National Museum, along with other museums in Tehran, decided to launch new programs; for example, the National Museum welcomed online visitors through “Aparat” [which is an Iranian video sharing service] on the 2nd day of Farvardin (March 21), and this trend continued until the 13th of Farvardin and was welcomed by the visitors.”

Tourism Minister Ali-Asghar Mounesan announced in March that no official celebrations or public gatherings, even the pre-scheduled ones, would be held during the two-week Noruz holidays (started March 20) in a bid to combat the coronavirus outbreak, adding all museums (and historical sites that are affiliated with the Ministry of Cultural Heritage, Tourism and Handicrafts) should be closed during the holidays.

The National Museum of Iran is somewhat chockfull of priceless relics that represent various eras of the country’s rich history. Its structure was completed in 1928 based on the design by French architect André Godard who was also an archaeologist and historian of French and Middle Eastern Art.