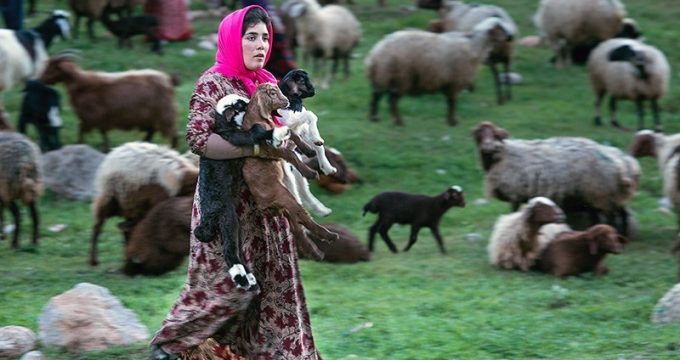 Press TV – Iran is about to extend a ban on the migration of its nomads to protect them from the novel coronavirus and seasonal floods.

“To prevent nomads from coming in contact with population centers, we have decided to delay their migration,” head of the Nomads Affairs Organization of Iran Karamali Qandali said on Tuesday.

Iran has about 1.2 million nomads who make the same migration their ancestors followed for millennia – heading for cooler pastures where grass for their flocks of sheep and goats is abundant in spring and returning to villages and towns or warmer grasslands at the end of fall.

Qondali said only two nomadic families – one in North Khorasan and another in South Khorasan – have been diagnosed with the novel coronavirus.

“After being diagnosed with the disease, both families were quarantined and the information we received from the University of Medical Sciences shows that one of them has completely recovered and the other is recovering.”

His organization, the official said, has asked the government for funds to move nomads and livestock by car and truck.

“The negative effects of the coronavirus outbreak on the economy of nomads, like any other community, will soon show themselves for which we must be prepared to face them,” he added.

The Zagros mountains are home to the biggest population of Iranian nomads, mainly Bakhtiari and Qashqai tribes, whose economic life is based on herding.

Each year, they travel with their flocks of goats and sheep from summer highland pastures in central Iran and north of Shiraz to winter pastures on lower lands near the Persian Gulf.

Qashqaies are descendants of the Ak Koyunlu tribe, who dwelt for centuries on the plains of Ardabil before being settled in southern Iran in the first half of the 16th century by Safavid king, Shah Ismail, who wanted loyal warriors to defend against the intrusions of the Portuguese.

The Shahsavan are another major nomadic tribe in Iran, who migrate between their winter quarters in the Mughan steppe bordering Azerbaijan and summer quarters around Mount Sabalan in Ardabil.

Some Shahsavan tribes are settled in central Iran around Qom and Arak, but they have permanent settlements and do not live in tents.

Iran’s nomads are mainly pastoralists, whose flock of goats and sheep usually runs to several hundred. Spring is usually the breeding season for their herd, putting them under additional strain for supply of feed.

The government ban on their migration over coronavirus fears this year this is set to cost a fortune.

Qandali said to reduce the negative impact of the coronavirus on the nomadic economy, the government should consider strengthening the tourism and handicrafts field, as well as supporting livestock and agricultural products of the community.

The respiratory disease has hit all aspects of life around the world, including in Iran. Secretary of Association of Iranian Airlines Maqsoud Asadi-Samani said on Tuesday the country’s airlines have lost 30 trillion rials ($712 million) in revenues due to the coronavirus, Tasnim news agency reported.

Iran, however, saw a glimmer of hope as the number of lives lost to the novel coronavirus dropped to double figures for the first time in one month.

The country recorded 98 deaths from the disease in the past 24 hours, Health Ministry spokesman Kianoush Jahanpour said Tuesday. The new deaths brought the overall toll to 4,683.

“After a month of waiting, this is the first day that the death toll has been double figures,” he said, hoping that the trend will continue as he urged Iranians to observe health guidelines aimed at stopping the spread of the virus.

Over the past 24 hours, another 1,574 people were found to have been infected with the virus, taking the overall number of infections in Iran’s outbreak to 74,877, Jahanpour said.

According to the spokesman, 48,129 of those hospitalized have recovered and been discharged.

Iran shut schools and universities, postponed major events and imposed a range of other restrictions short of a lockdown after its first COVID-19 cases emerged on February 19.

On Saturday, the government began reopening its offices and allowing “low-risk” business activities to resume in most of the country, with the exception of the capital Tehran where they will re-open from April 18.

Government offices outside Tehran reopened with a third of all employees working from home.

Authorities had ordered most government agencies and all non-essential businesses to remain closed for a week after the Nowruz holiday ended on April 4.

On Saturday, President Hassan Rouhani said easing restrictions does not mean ignoring health protocols, stressing that social distancing and other health protocols should be respected seriously by people.

“If the cooperation and support of the people as well as the observance of restrictions and protocols continue with the same procedure that has been done so far, we can hope that we will gradually achieve reliable conditions in dealing with the coronavirus,” the president said.

The government has defended its decision, saying it has to consider the economic impact of any quarantine measures since the country is under severe US sanctions. President Donald Trump imposed heavy sanctions, including on oil exports, after withdrawing the US from a 2015 nuclear deal between Iran and world countries.

Iran’s Government spokesman Ali Rabeie has said that in case of long-term shutdown, some 4 million people could be out of work.