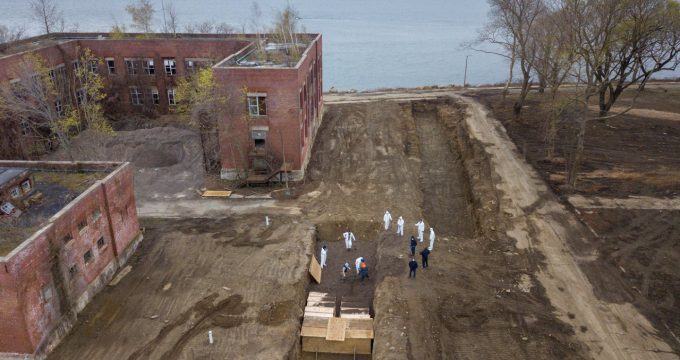 Iran by far outpaces US in fight against COVID-19

Press TV | Yuram Abdullah Weiler: “Who’s going to pay for it?” The last words of a COVID-19 victim to his medical caretaker encapsulate the gangrenous infection in the body of the American healthcare system. How is it possible that the still wealthiest country in the world, the United States of America, has created a healthcare system that compels its citizenry to fret over medical bills during their last moments on their death beds?

Oddly enough, the same question is asked by policymakers every time the subject of universal health care for Americans is broached. Yet when it comes to trillion dollar war budgets, the absence of lawmakers asking “who’s going to pay for it?” is quite telling. This year, the US president has proposed a $740.5 billion outlay for so-called defense and national security “to prepare for a potential future, high-end fight.” Among the provisions is a proposed expenditure of $28.9 billion for nuclear modernization, and a whopping $106 billion for research and development of more efficiently lethal weapons.

In contrast, the US Centers for Disease Control (CDC), the public health arm of the US government fighting the SARS COV-2 virus responsible for the coronavirus pandemic, has been targeted for a budget cut by the little man in the White House and his cabal of neoliberal henchmen. For FY2021, the proposed total for CDC is $12.55 billion out of which only $802 million would go for public health preparedness and response. Compared to the CDC FY2020 budget, whose total was $12.71 billion, this year’s proposal is $160.7 million less, and funding for such critical categories as emerging and zoonotic infectious diseases, chronic disease prevention, birth defects, developmental disabilities, environmental health, public health, global health, and numerous others are to endure drastic cuts.

To understand how the richest country in the world can justify spending on public health services less than half of what is spent for nuclear weapons modernization, we must view this expenditure in the context of neoliberalism. This ideology, promulgated by America’s policymakers as the cure-all for all social problems, is applied to all social, political and economic areas, with the exception of the military, including public health and disease prevention. This all-encompassing ideology, as the term is applied today, had its roots in a seminal paper by economist Milton Friedman in 1951 titled “Neo-Liberalism and its Prospects,” in which he condemned centralized economic planning as being “consistent with its own brand of chaos and disorganization,” and warned that “centralized economic control is likely to endanger individual freedom and liberty.”

Award-winning journalist and author Naomi Klein characterizes neoliberalist ideology as having three pillars: privatization of the public sector, deregulation of the corporate sector, and reduction of individual and corporate taxes to be paid for by budget cuts to social programs. The result of these three pillars is the formation of what she refers to as an “ideological wall that has blocked a serious response to climate change for decades.” We have now witnessed that the same ideological wall has stymied an effective US response to the coronavirus pandemic as well.

At the core of neoliberal economics is the concept of the free market, in which the buyer and seller establish market prices for goods and services based solely on supply and demand, without interference by outside forces such as government regulatory bodies. The result of the free market is supposedly the most efficient distribution of scarce goods and services, and through competition among suppliers, the buyer obtains the lowest possible price. The free market, according to the neoliberalists, is in direct opposition to the government, and, as US president Ronald Reagan declared in his 1981 inaugural address, “Government is not the solution to our problem; government is the problem.”

Policymakers have applied the Reagan economic elixir to most everything, including the US healthcare delivery system. The results have been predictably disastrous. The US system places the actual consumer of healthcare in the position of being a pawn of employers and health insurance corporations, whose primary goal is minimizing insurance costs and maximizing profits. As this is often done by minimizing the actual delivery of healthcare, we can see that healthcare insurance in the US does not translate directly into healthcare delivery. Despite the fact that Americans pay more than twice the amount per person for health coverage as Canadians, who have a national health care system, they receive less frequent care, live shorter lives, and worry more about the cost of every single doctor or hospital visit. “People without adequate health insurance will get sicker, become poorer, and die younger than if they had insurance,” noted Dr. Benjamin Sommers of Harvard University’s T.H. Chan School of Public Health.

Unfortunately, the man dying from coronavirus disease while still worried about the cost of treatment is more often than not the norm in the US for-profit healthcare system. Inability to pay medical bills is the leading cause of personal bankruptcies in America, and even seriously injured persons have been known to refuse transport to hospital by ambulance due to the ridiculous cost of the ride, which averages $8,400. Yet the fierce resistance by corporate lobbyists to changing this completely dysfunctional US healthcare system is so unyielding, repeated attempts, which date back to the presidency of Harry Truman, to establish a true, single-payer national health system have failed to come to fruition.

So with a for-profit healthcare delivery system, with its emphasis on profit maximization, there is no incentive to prepare for a once-per-century pandemic. On the contrary, every hospital bed, N95 mask, ventilator and staff member deemed redundant must be eliminated, or else the corporate healthcare conglomerates would face the wrath of activist shareholders, who would accuse the board of directors of poor stewardship of their investments and threaten hostile takeovers. Worse yet, there is plenty of opportunity for insurers to “game the system” by overcharging the government for treatment of patients on the Medicare plans they administer.

Viewing the American response to the coronavirus outbreak through this lens, we can understand why there has been a lack of coordinated response on the national level. For his part, Trump campaigned promising a repeal of the so-called ObamaCare (Affordable Care Act), which itself fell far short of universal health coverage. His fiscal 2021 budget for ObamaCare and Medicaid called for cuts of nearly $1 trillion over a 10-year period along with $600 billion in cuts to Medicare. In short, Trump has worked feverishly to deny Americans basic healthcare, much less plan for contingencies like the coronavirus, which has brought what is left of the US health care system to its knees.

In its inept response to the COVID-19 pandemic, the Trump regime has taken Friedman’s prescription to the extreme. Bringing about “its own brand of chaos and disorganization,” Trump has exhibited virtually no leadership in organizing a coordinated effort at the national level to confront the deadly coronavirus. Instead he has made himself the focus of media attention through his daily press briefings, which disseminate a plethora of conflicting comments, counterfactual claims, and often dangerous anti-coronavirus assertions.

Perhaps the most dangerous of Trump’s dubious remarks concerns touting hydroxychloroquine, a drug used for treating malaria, rheumatoid arthritis and lupus erythematosus, as a cure for COVID-19. “What do you have to lose? Take it,” prescribed the Potomac pitch man during one of his daily briefings. “It can help them but it’s not going to hurt them.” In fact, according to public health physicians, the drug not only can hurt, by inducing an entire spectrum of side effects, ranging from a skin rash to corneal opacity, but also can kill, as has already occurred in the US and elsewhere.

As far as the actual efficacy in combating the SARS COV-2 virus, Douglas Richman, a virologist and infectious disease physician at the University of California, San Diego, stated in the medical journal Lancet, “Whether hydroxychloroquine works in vivo is not proven for any virus, and in fact in randomised controlled trials against a number of viruses, including influenza, it doesn’t work at all.” Furthermore, the US president’s irresponsible remarks are causing problems for Lupus patients, who are now having problems in getting their prescriptions filled for the drug, as “off label” prescriptions for COVID-19 treatment have led to shortages.

Iran, in contrast, has managed to get the upper hand on the coronavirus despite the vicious US economic sanctions, which have prevented the acquisition of much-needed medical supplies and equipment. Additionally, Iran has had to fight against a US-backed misinformation campaign designed to distort information about the Islamic Republic’s handling of the pandemic with the objective of destabilization. It is an abomination, and clear evidence of moral bankruptcy, that Trump and his cohorts would attempt to use the COVID-19 pandemic against Iran in their ungodly quest for regime change.