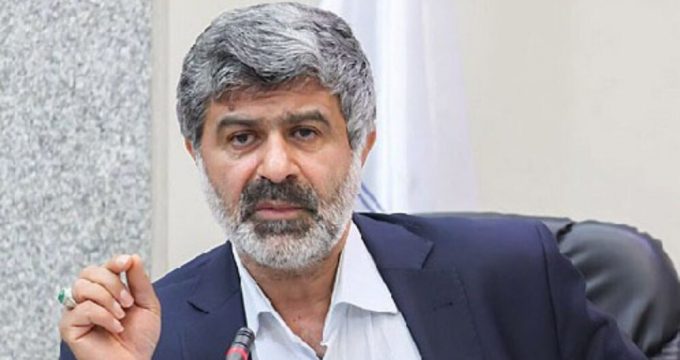 Imposition of sanctions is violation of human rights: MP

Tehran Times – Abolfazl Mousavi, an Iranian MP, has said that in a situation in which the world is fighting the coronavirus pandemic, imposing sanctions and refusing to remove them violate human rights.

“Today, the world is changing and imposition of sanctions against certain countries, especially Iran, does not make sense. Definitely, refusing to remove sanctions in the current situation violates human rights and the international community does not accept it,” Mousavi told ISNA in an interview published on Saturday.

Foreign Minister Mohammad Javad Zarif has said the bans on Iran even exceed what would be “permissible in the battlefield” and called on the international community that it is “immoral” to succumb to illegal sanctions.

Iran’s ambassador to the UN offices in Geneva has written a letter to the World Health Organization chief saying that sanctions against Iran exemplify “crimes against humanity”.

Spokesperson for Pakistan People’s Party (PPP) Nafisa Shah has said that the United States must lift sanctions against Iran amid the coronavirus pandemic to avoid a humanitarian disaster.

It is very unfortunate that despite international pressure the U.S. has not lifted sanctions it has imposed on Iran, IRNA quoted her as saying on Wednesday.

“If COVID-19 pandemic will not make us come together then what will? she asked.

“It was expected that the present outbreak would lead the world community” to raise alarms and help the vulnerable countries that may face “colossal losses if help is not coming forth”, she remarked.

Chris Murphy, U.S. senator from Connecticut, has said Iranians are dying of coronavirus partly because of U.S. sanctions.

“Innocent civilians are dying there in part because our sanctions are limiting humanitarian aid during coronavirus,” Murphy wrote on his Twitter page on Monday.

Foreign ministers of the European Union have urged suspension of the U.S. sanctions against countries, including Iran, in the fight against the coronavirus pandemic.

Dane Rowlands, a professor at Carleton University, has said it is “regrettable” that the United States is refusing to ease sanctions on Iran while the country is fighting the coronavirus pandemic.

“The United States can reduce restrictions and facilitate Iran’s access to medicine, however, the government of the United States does not prioritize this issue which is regrettable,” Rowlands told ILNA in an interview published on Monday.

He noted that innocent people are losing their lives in Iran due to lack of access to medicine resulting from U.S. sanctions.

On March 31, a UN human rights expert called for lifting international sanctions against countries ranging from Iran to North Korea and Venezuela in coronavirus crisis, according to Reuters.

“The continued imposition of crippling economic sanctions on Syria, Venezuela, Iran, Cuba, and, to a lesser degree, Zimbabwe, to name the most prominent instances, severely undermines the ordinary citizens’ fundamental right to sufficient and adequate food,” Hilal Elver, UN special rapporteur on the right to food, said in a statement.

Elver, an independent expert, said that it was a matter of “humanitarian and practical urgency to lift unilateral economic sanctions immediately”.

In a letter to the G-20 economic powers on March 24, UN Secretary-General Antonio Guterres called for rolling back international sanctions regimes around the world.

Guterres said sanctions are heightening the health risks for millions of people and weakening the global effort to contain the spread of the new coronavirus, Foreign Policy reported.

“I am encouraging the waiving of sanctions imposed on countries to ensure access to food, essential health supplies, and COVID-19 medical support. This is the time for solidarity, not exclusion,” he said.

“Let us remember that we are only as strong as the weakest health system in our interconnected world,” the UN chief said.

Michelle Bachelet, the UN high commissioner for human rights, also said on March 24 that “in a context of global pandemic, impeding medical efforts in one country heightens the risk for all of us.”

“At this crucial time, both for global public health reasons, and to support the rights and lives of millions of people in these countries, sectoral sanctions should be eased or suspended,” she said in a statement.