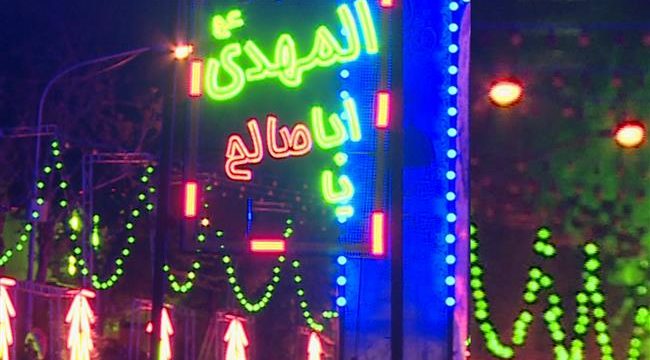 Press TV – Lit-up streets and mass turnout in nationwide celebrations is how people in Iran celebrate the birthday of their 12th Imam, Mahdi, who is believed to be the prophesied redeemer who will bring peace and justice to the world, but this year, on the eve of the major occasion, mass celebrations have given way to empty streets.

In the wake of the coronavirus outbreak, all religious events, including the major festivity of Imam Mahdi’s birthday, have been canceled. This is unprecedented.

This year, the festivity is marked in a different way. People have stayed home and illuminated their houses to celebrate the occasion.

Religious authorities have issued a call for nationwide prayers on Imam Mahdi’s birthday to ask God to save them from the outbreak.

Imam Mahdi was born in 969 A.D. in Iraq. According to historical scriptures, when he was born, his father hid him from the ruler of the time who sought to dispose of him.

He is believed to be still living in occultationand will rise to rid the world of tyranny and injustice.