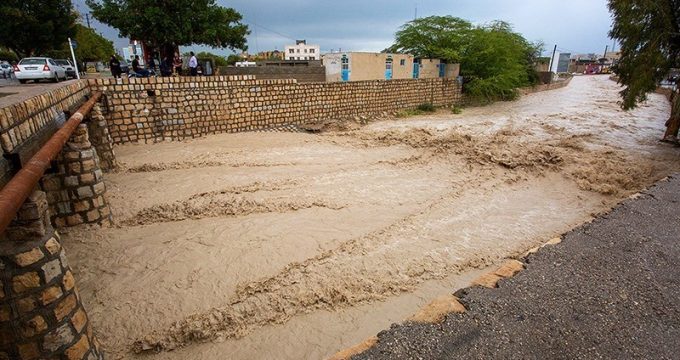 Financial Tribune – Floods in the first week of spring have inflicted losses estimated at 8,700 billion rials ($54.37 million) on the country’s roads, the deputy head of Iran Road Maintenance and Transportation Organization says.

“As we speak, only 45 rural roads in Kerman, Hormozgan, Golestan and Sistan-Baluchestan are closed,” Reza Akbari was also quoted as saying by Fars News Agency on Saturday.

“Nineteen provinces have been affected by recent flash floods; 11 of them bore the brunt of the damage,” he said, adding that a total of 9,934 kilometers of roads, 886 bridges and other engineering structures were hit hard by floodwaters and 901 rural roads were closed.

On March 27, Mohammad Mousavi, an official with Agriculture Ministry, also talked of losses amounting to 13,580 billion rials ($84.87 million) to the agriculture sector due to the recent natural disaster.

The farming subsector accounted for 45% of the damage, horticulture 41%, water, soil and infrastructural facilities 12% and about 2% of losses are attributable to livestock, poultry and fisheries subsector.

When it comes to the agriculture sector, the hardest-hit provinces were Kerman, Fars and Hormozgan, Mehr News Agency quoted him as saying.