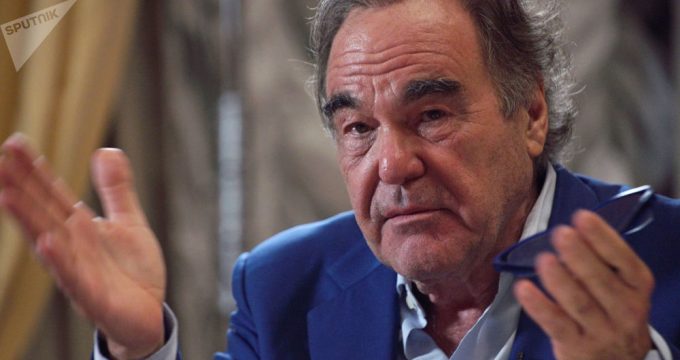 RT – The United States government has revealed its contempt for human compassion and global solidarity by refusing to lift draconian sanctions on Iran and Venezuela during the Covid-19 crisis, director Oliver Stone has argued.

Iran has suffered immensely from the virus, Stone noted in an op-ed published by the New York Daily News, but due to US sanctions the Islamic Republic is “reportedly the only country in the world that cannot buy medicines needed to fight the pandemic.”

The outspoken Hollywood legend similarly condemned Washington’s decision to maintain – and in some cases, increase – its economic chokeholds on countries such as Cuba, Venezuela and Nicaragua as coronavirus strains healthcare systems across the globe.

In the case of Venezuela, US “coercion” led to the International Monetary Fund (IMF) denying the South American state’s request for a $5 billion loan to help fight the pandemic, Stone contended. The US has ratcheted up its pressure on Caracas amid the global health crisis, accusing the government of drug trafficking and calling for a “transition government” to replace President Nicolas Maduro.

The award-winning filmmaker and activist said that the health crisis has shown the inhumanity of Washington’s foreign policy.

The current pandemic is exposing not only our government’s utter failures to protect its own citizens, but also its profound lack of human decency in dealing with other nations

Stone called for “serious moral self-reflection” in the US, warning that countless lives were at risk unless there is an “immediate change in course.”

Iran has registered nearly 3,500 Covid-19 deaths, with 19,700 confirmed cases, according to a tally maintained by Johns Hopkins University. President Hassan Rouhani said last week that the crisis is “a great opportunity for Americans to apologize… and to lift the unjust and unfair sanctions on Iran.”

#ENDCOVIDSANCTIONS, coronavirus in Iran, Oliver Stone, US sanctions against Iran April 6, 2020
Caricatures on corona and sanctions in Iran
The world needs to cooperate against the coronavirus—so lift sanctions on Iran