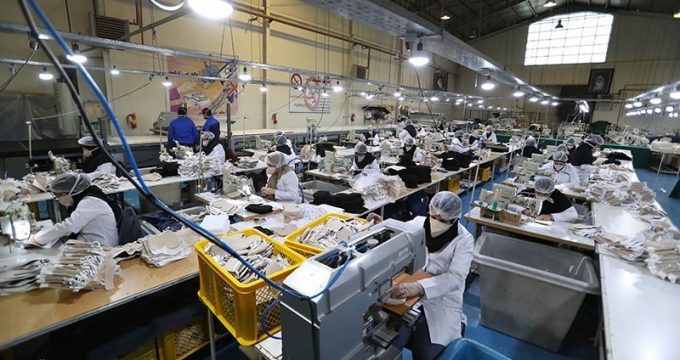 Iran pays another $32 mln to fund fight against coronavirus

Press TV – The Iranian government has provided another $32 million in emergency funding to the health sector amid a nationwide effort to contain the new coronavirus.

Iran’s treasury office said on Saturday that another $5 trillion rials had been paid to the health ministry on top of previous grants given by the government to hospitals and health care providers to help them cope with the virus outbreak in Iran.

That brings the total extra funding provided to the Iranian health sector since the disease was spotted in the country more than a month ago to 4,110 trillion rials (nearly 260 million).

That comes on top of the finances and grants provided to various sectors of the economy to offset the impacts of the new coronavirus.

The government announced earlier this week that it would pay around $5 billion in cheap loans to businesses and manufacturing units to help them cope with the current economic situation.

Authorities have also approved drawing from hard currency reserves to pay for around $500 million worth of imports of medicine and medical equipment.

That comes as Iran has to cope with stretched finances mainly because of the series of harsh American sanctions that have affected its sale of crude.

The sanctions have also restricted Iran’s access to the global financial system, making it more difficult for the government to pay for imports of drugs and vital medical equipment needed to fight the coronavirus outbreak.

Governor of the Central Bank of Iran said on Friday that the top lender was negotiating with international institutions and governments to ease Iran’s access to new hard currency resources.

Abdolnasser Hemmati said those resources were needed to enable the government to pay for imports of items needed to fight the virus.