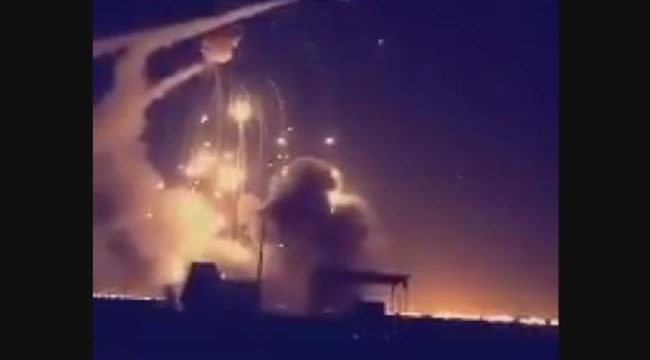 Press TV – At least one ballistic missile and a rocket have been intercepted in the sky above the Saudi capital Riyadh and the southern city of Jazan, Saudi state media report.

Saudi-owned Al Arabiya television reported that “two rockets” were intercepted on Saturday in the sky above Riyadh and Jazan, citing its correspondent and sources.

However, state-run Al-Ekhbariya television reported that a “ballistic missile” has been intercepted and destroyed over Riyadh.

FP says its reporters have heard three explosions in the capital.

No one has claimed responsibility for the missile or rocket attacks on Riyadh yet, but the kingdom has been frequently targeted by the retaliatory attacks of the Yemeni army and allied popular forces, who for five years have been defending their country against the devastating Saudi-led military campaign against innocent Yemenis

Meanwhile, Yemen’s air defense has managed to force several Saudi warplanes to leave the country’s airspace, according to the Yemeni Army spokesman.

Yahya Saree said on Saturday that Yemen’s Fater-1 air defense system confronted the jets, which were flying over the capital Sana’a.

Back in September 2019, the Houthi Ansarullah movement deployed as many as 10 drones to bomb key oil facilities in Saudi Arabia’s Abqaiq and Khurais.

The unprecedented attack against the facilities of the Saudi petro-giant Aramco shut down about 50 percent of the kingdom’s crude and gas production, cutting the state oil giant’s crude oil supply by around 5.7 million barrels per day.

In comments on Saturday, Secretary General of the Lebanese Hezbollah Resistance Movement reiterated his call for the end of the Saudi aggression against Yemen.

In a televised speech, Sayyed Hassan Nasrallah called on the international community to put pressure on Saudi Arabia to stop the war due to humanitarian reasons.

Saudi Arabia and a number of its regional allies launched a devastating campaign against Yemen in March 2015, with the goal of bringing back to power the government of former President Abd Rabbuh Mansour Hadi and crushing the Ansarullah movement.