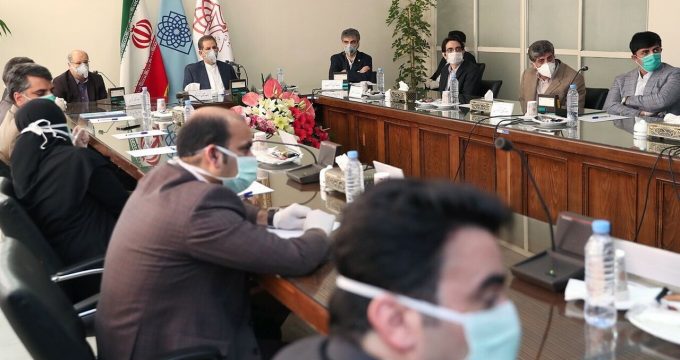 IRNA – Iranian First Vice President Eshaq Jahangiri said on Saturday that US tells lies that their sanctions do not include pharmaceutical drug and basic items, adding that Americans impede transfer of money, drug and basic products by imposing oil, banking, insurance and transportation sanctions.

Speaking in a meeting with managers and doctors of anti-coronavirus committee, Jahangiri said we need 2.5-3 billion dollar annually to provide pharmaceutical drug and $14b for basic products.

He added that Iranian government has to employ unusual ways in order to provide the Iranian people with their medical requirements.

Unlike many countries, Iran has provided required goods for its people and there is no limit in this respect.

Elsewhere in his remarks, Jahangiri referred to Iranian government’s decision to take $1b from National Development Fund (NDF) upon the permission of the Supreme Leader of the Islamic revolution Ayatollah Seyyed Ali Khamenei to allocate to Iranian Heath Ministry.

He also expressed happiness over people’s cooperation with government with regard to observing social distancing plan.

Head of Iran’s Health Ministry Public Relations Office Kianoush Jahanpour said on Saturday that 11,679 people out of a total of 35,408 infected by the coronavirus have survived the virus.

The official went on to say that 2,517 have succumbed to the deadly virus.

Iran has taken numerous steps to stop the spread of the disease, from shutting down schools and universities to canceling cultural and religious gatherings. It is also constantly disinfecting and sanitizing public places.