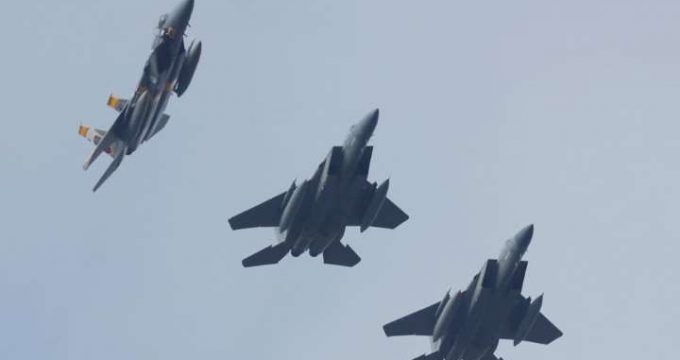 US dangerous moves in Iraq, possibility of bloody coup

Tehran Times – US President Donald Trump is making dangerous moves in Iraq while the world is fighting against coronavirus outbreak.

The U.S. is making dangerous moves in Iraq in the wake of the COVID-19 outbreak, as the Iraqi Kata’ib Hezbollah unveiled Washington’s dangerous plot in the country. The group threatened to target any Iraqi security apparatus involved in Washington’s conspiracy in Iraq.

The warning issued by Iraqi Hezbollah

Kata’ib Hezbollah released a statement noting that while the Iraqi nation and government are fighting against the spread of coronavirus, the US and its mercenaries are making suspicious moves to take advantage of the situation and achieve their goals.

The statement also says that US psychological media campaigns have intensified in recent days which indicates a US plot to conduct military aggression against some Iraqi security apparatus, Hashd al-Sha’abi, and Islamic Resistance. A number of Iraqi security and military organizations are also involved in this plot. This move will jeopardize Iraq’s basic infrastructure and domestic peace.

According to this statement, this conspiracy has dangerous consequences amid the COVID-19 spread in Iraq and will lead to a humanitarian crisis. Kata’ib Hezbollah also announced that it will respond strongly to any foolish act from the US by destroying its military, security and economic facilities.

Kata’ib Hezbollah also warned any Iraqi side that their crime and betrayal will not be forgiven in case of participating in this conspiracy.

A member of the Iraqi Parliament Mohammad Albeldawi referred to this issue and maintained that based on evidence, the US seeks to orchestrate a coup in Iraq by activating ISIS in the Iraqi Governorates of Nineveh, Saladin, and Diyala.

According to the Iraqi MP, what is currently being reported in the media affiliated with the Arab States of the Persian Gulf is a beginning for the US Plot. Moreover, US efforts to pressure the Iraqi government to release ISIS prisoners with the excuse of coronavirus outbreak is considered another proof.

Meanwhile, a Kuwaiti newspaper quoted an informed source on Sunday saying that the US is planning a military coup in Iraq to seize power and it has informed its allies in Baghdad.

Alquds Alarabi Newspaper also quoted a special source and noted, “The upcoming attacks against US troops prompted them to withdraw from some of their bases and focus on special ones. These forces have not fully withdrawn and have left some military advisors behind.”

“There is no evidence that US troops are leaving Iraq because heavy equipment and weapons are brought daily into the country and we notice the presence of Special Forces. The US seeks to protect its forces by deploying the Patriot Missile Defense System. Currently, their focus is on Iraq and they intend to increase their troops in western Iraq, Kurdistan Region, and Baghdad.” The source added.

It is clear that Iraq will have a difficult time in the coming weeks and months, especially as the political situation is not stable in the country and Adnan al-Zurufi is facing numerous challenges to form his cabinet.