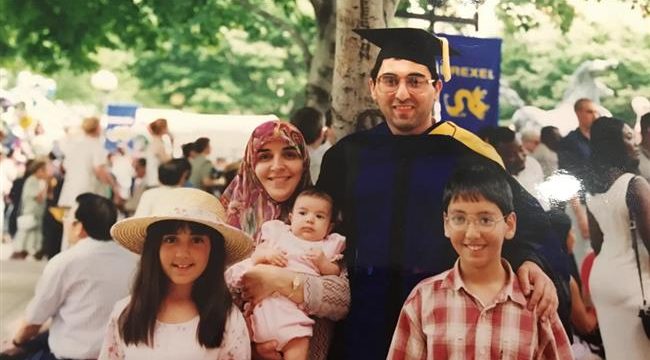 US will let coronavirus kill many: Iranian scientist detained in US

Press TV – An Iranian scientist detained by the US Immigration and Customs Enforcement (ICE) has said that ICE’s handling of the coronavirus, COVID-19 outbreak may kill him along with many other inmates, according to a report.

Asghari, which is being detained indefinitely by ICE despite being exonerated in a US sanctions trial last November, said that little is being done to protect inmates from the outbreak in his “filthy and overcrowded” detention center.

In a phone call from the Alexandria Staging Facility (ASF) in Alexandria, Louisiana, Asghari said that his facility lacks basic cleaning practices and continues to bring in new detainees potentially exposed to the virus from across the country.

“The circulation of people under this coronavirus outbreak is absolutely nonsense…coronavirus is a viral bomb waiting to blow up here,” he said.

He added that detainees have no access to hand sanitizers or masks and that bathrooms and sleeping areas are not being cleaned regularly despite the crowded conditions.

“The way ICE looks at these people is not like they are human beings, but are objects to get rid of,” said Asghari.

For two weeks, the ASF prohibited Asghari, who is 59 and has a history of serious respiratory problems, from wearing his own protective mask which he had brought to the facility.

If he were to get the coronavirus there, “I don’t think I would survive,” he said, given the treatment of the detainees.

Mehrnoush Yazdanyar, an attorney and sanctions law expert helping Asghari’s family, believes Asghari’s detention is “egregious” as it threatens his life despite being innocent.

“This is someone who is being unlawfully detained. Now if he gets corona, his chances of survival are slim to none,” he said.

Asghari, a father of three and a professor in Iran’s leading Sharif University of Technology, earned his his materials engineering PhD at Drexel University in Pennsylvania in 1997.

After returning to the US in 2017 with his wife and valid passports and visas, Asghari discovered that he was being surveilled and prosecuted by the US government for alleged violations of US sanctions law targeting Iran.

The Iranian academic was, however, acquitted after a judge ruled that the US government’s evidence against him was insufficient.

Despite the November 2019 ruling, Asghari has since been imprisoned by ICE because the US had previously revoked his original visa.

The Iranian academic has asked ICE to let him buy his own ticket back to Iran, but he has not been able to go before an immigration judge and has not been granted bond to at least wait in the US with his daughter, the Guardian said.

Asghari was ultimately transferred to the ASF on March 10, when the coronavirus was officially declared a global pandemic.

According to the Guardian, the ASF is a 400-bed site meant to be a “final stop” before people are deported from the US after spending no more than 72 hours at the facility.

The report added that due to COVID-19 travel restrictions and flight cancellations, inmates have been held for days in the “cramped bunkbeds”, alongside new arrivals who may have been exposed to the virus.

It added that inmates have no access to laundry services due to the temporary nature of the facility.

Speaking from the detention center, Asghari also said that inmates struggle to stay clean and that the facility has an awful stench.

“The way that they have been treating us is absolutely terrifying. I don’t think many people in the US know what is happening inside this black box,” he said.

Asghari added that he, along with other inmates, have laid out a schedule to try to clean surfaces themselves with the minimal soap available.

Asghari added that he now has a sleep disorder as it’s difficult to sleep in his room, where up to 100 people are cramped in bunk beds and new detainees are brought in at all hours.

He said that he puts toilet paper in his ears to get some rest.

Asghari added that that there was not enough food at the facility, with a hot meal being served at 5 pm and two smaller meals at breakfast and lunch.

The US has a long history of harassing Iranian and Iranian-Americans in the US, many of whom have been academics charged with violating US sanctions against Iran.

n May 2018, the US reimposed widespread sanctions against the country after it withdrew from the 2015 Iran nuclear deal.

The sanctions also target much-need humanitarian aid from reaching the country despite an International Court of Justice ruling banning aid-related sanctions in 2018.