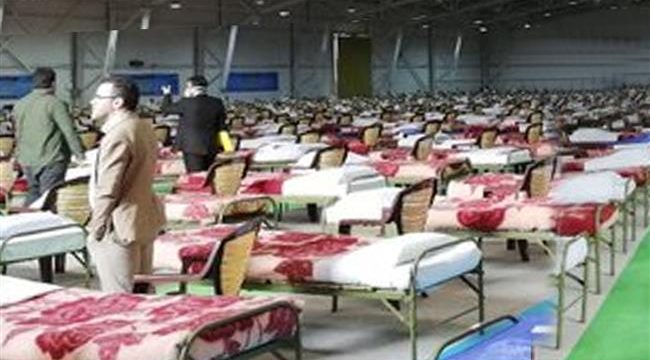 Press TV – The Iranian Army’s Ground Forces have set up an emergency hospital in 48 hours to battle the coronavirus outbreak in the capital. The makeshift hospital has three units, 2,000 beds, and several isolation wards.

Speaking to Press TV, the army’s deputy coordinator said the hospital has now been passed into the control of medical staff, and is expected to admit patients from next week.

The official warned that hospitals might see a surge of new patients, many of them elderly or with compromised immune systems. He said by sending patients to such hospitals and implementing measures to quarantine the public, the army and health officials will be able to reverse the staggering number of new cases.

Authorities have begun banning people from leaving their cities and requiring those who are already on Persian New Year trips to return to their hometowns at the earliest opportunity. They have also enforced the closure of all parks as well as any sites that might draw large clusters of people. This is while schools and universities remain shut until further notice.

The Iranian Army officials say they will continue to mobilize all resources at their disposal to build more hospitals across the nation and to make sure that there will be enough protective gear and medical equipment to respond to the coronavirus outbreak in the country.