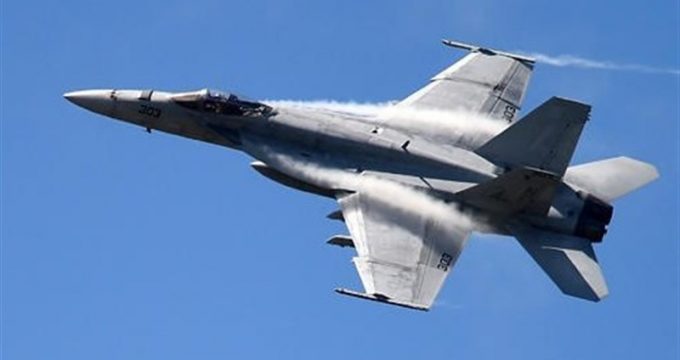 Press TV – Footage has been released of how the Iranian Army’s air defenses locked in on an intruding F-18 fighter jet approaching the country’s southern waters and decisively warned it off, prompting military experts and media to speculate about which Iranian radar system was used to intercept the warplane.

In the video, the Boeing F-18 Super Hornet is seen receiving several warnings from the Iranian air defenses before changing course and turning away from Iran’s southern airspace.

The Iranian forces warned the fighter jet that if it maintained its course toward Iran’s airspace, it would be targeted by the country’s air defense missiles.

The footage, which was recently released by the Islamic Republic of Iran Broadcasting (IRIB), dates back to the first day of the Iranian New Year (started on March 20).

Iran’s air defense base in the south — located near the port city of Bandar Abbas runs a range of radar systems monitoring the skies in that corner of the country, but observers believe the video of the incident appears to have been captured by Iran’s domestically-built radar system, dubbed Fat’h 14 (Conquer 14).

The interception has a high technical and psychological operation value given that the fighter jet has been detected overnight by the Iranian Army’s Air Force, which is equipped with different types of electronic warfare systems, the Persian service of Russia’s Sputnik news agency reported on Tuesday.

Fat’h 14 radar system, unveiled in 2015, has a range of 600 kilometers and can detect small airborne targets at a high altitude.

High agility and swift connection to command and control network are among other features of the semiconductor radar.

It is resistant to electronic warfare and is regarded as the best radar for missile systems.

The intruding jet reportedly belonged to the US military. Washington has not commented on the reports, but the incident happened just days after The New York Times reported that US Secretary of State Mike Pompeo had recently pushed for a “tough action” against Iran while the country was busy battling a new coronavirus outbreak.

In June 2019, Iran’s air defenses shot down the advanced US-made RQ-4 Global Hawk over Iran’s territorial waters off the coastal province of Hormozgan after the unmanned aircraft breached the country’s airspace on a spying mission.