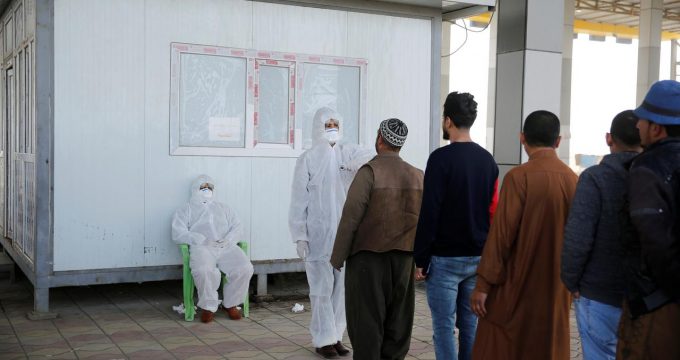 British petition calls on suspension of sanctions against Iran

Press TV – A petition calling on the British government and parliament to suspend sanctions against Iran for the duration of the coronavirus pandemic has already been launched.

“Sanctions against Iran should be lifted immediately to help its populace and prevent the global spread of infection,” the petition states.

You can sign the petition here https://petition.parliament.uk/petitions/300109 which was launched following the coronavirus outbreak in Iran in February.

Iran is battling the coronavirus pandemic under the harshest ever sanctions by the US, which were re-imposed after Washington left a UN-backed landmark nuclear deal between Tehran and major world powers, including Britain, in 2018.

After leaving the landmark nuclear deal, Washington began forcing others to toe its sanctions line. Britain, France, and Germany have stopped their transactions with the Islamic Republic, bowing to the US.

In late January, the United States and Switzerland announced the launch of a channel to ship food and medicine to Iran.

Washington alleges that it has exempted foodstuffs and medicine from its anti-Iran sanctions, something that Tehran rejects as a “brazen” lie as the bans have deterred several foreign banks from doing any business with Tehran.

Iran has written to the United Nations and all international organizations, urging the removal of the draconian measures that have hampered the country’s fight against the virus.