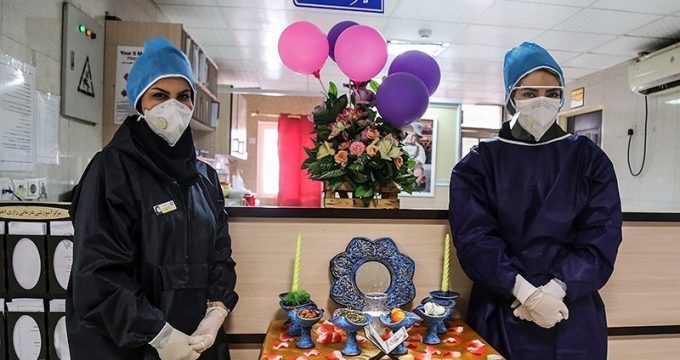 Press TV – Iranians all around the world are celebrating the ancient festival of Nowruz, a holiday that heralds the beginning of spring and marks the start of the Persian New Year.

Nowruz is the first day of the Persian calendar month of Farvardin. The day usually falls on March 20, but in leap years, it coincides with March 21.

Being originally a festival of Persian origin, Nowruz is also celebrated by hundreds of millions of people from other ethno-linguistic groups in several countries, including Tajikistan, Uzbekistan, Turkmenistan, Kyrgyzstan, Kazakhstan, Azerbaijan, Armenia and Turkey.

It is also observed by communities in countries as far away as Georgia, Albania, Kosovo, China and India.

Nowruz festivities are preceded by Chaharshanbeh Suri, a festival of fire during which Iranians make bonfires and jump over them. The symbolic tradition is meant to trade one’s ailments and problems with the flames’ warmth, energy and power of life.

The Persian New Year comes with its own special rituals.

The Persian New Year is a time of coming together in Iran. Families take advantage of the two-week holidays to join together for house visits and outdoor fun events. People also exchange gifts and money to congratulate each other on the advent of the New Year. For Iranians, Nowruz is a celebration of renewal and change.

One of the special observances of the occasion is the table setting known as Haft Sin, which means the seven S’s in Persian.

The table features seven items all of which start with the letter S in Persian. Families gather around the table and pray while waiting for the exact moment of the spring equinox. These symbolic items represent health, prosperity, longevity, reproduction and happiness for the family members throughout the year.

Hope and joy amid coronavirus fight

This year, however, COVID-19 pandemic has partly overshadowed these traditions.

Iran is under a partial lockdown and Iranians are encouraging each other to stay indoors, taking advantage of video calls to protect themselves during the outbreak.

The UN’s General Assembly recognized the International Day of Nowruz in 2010, describing it as a spring festival of Iranian origin, which has been celebrated for over 3,000 years.

Also in 2009, Nowruz was officially registered on the UNESCO List of the Intangible Cultural Heritage of Humanity.

Nowruz festivities culminate in Sizdebedar, the last day of the holidays which falls on the 13th day of the New Year. This is a day that has to be spent outdoors. Families leave their houses for picnics, outdoor games and strolls in nature.