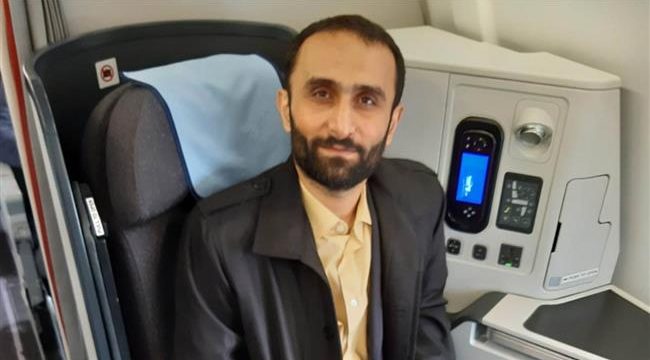 Press TV – Iran’s judiciary sources have informed Press TV that France has released an Iranian engineer who was set to be extradited to the United States over accusations of violating sanctions.

The sources said on Friday that Jalal Rouhollahnejad was handed over to Iran’s embassy in Paris and is now flying home.

Rouhollahnejad, 41, had been in detention since February 2, 2019 after being arrested at Nice airport as he got off a plane coming from Tehran via Moscow.

Later in May, a French court in Aix-en-Provence, southern France, rejected a bail request by the Iranian engineer and approved his extradition to the United States to face charges of attempting to illegally import US technology for military purposes on behalf of an Iranian company.

Recently, France’s Supreme Court upheld his extradition but negotiations between Tehran and Paris led to his release.

US judges accused the Iranian engineer of acting on behalf of a company linked to Iran’s Islamic Revolutionary Guard Corps.

The United States reinstated a raft of sanctions targeting a range of Iranian sectors after it unilaterally withdrew last May from the 2015 multilateral nuclear deal, officially known as the Joint Comprehensive Plan of Action (JCPOA), signed between Iran and major world powers.

In December 2019, Iran’s Foreign Ministry announced that stem cell scientist Dr. Masoud Soleimani has been released after a year of imprisonment in the United States.

Iranian Foreign Minister Mohammad Javad Zarif said in a tweet that the top scholar, along with Xiyue Wang — a Chinese-born US citizen who had been sentenced to 10 years in prison for espionage in Iran in 2017 — had been delivered to the Swiss officials and would “be joining their families shortly.”