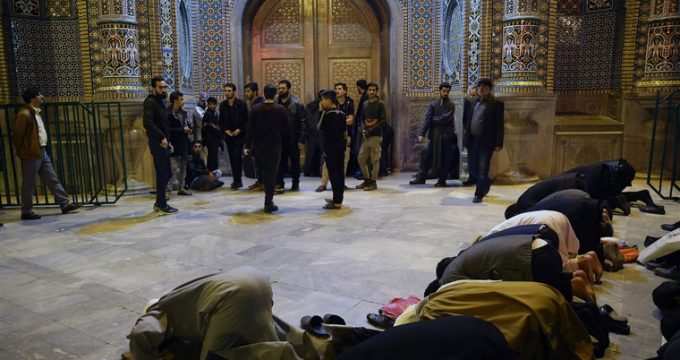 Al-Monitor – As of March 17, the coronavirus epidemic in Iran had killed nearly a thousand people and infected over 16,000 others. For a theocracy like the Islamic Republic, closing down religious sites as a measure to slow transmission is a tough decision, leaving the authorities stuck between a rock and hard place.

Yet with the epidemic showing no sign of abating, the Iranian authorities chose to impose a lockdown on the key religious sites, among them the highly revered shrines of Hazrat Masoumeh and Imam Reza in the conservative cities of Qom and Mashhad, respectively.

The controversial decision triggered furious reactions from some hard-liners, who saw it as an unforgivable insult to the “infallible” household of Islam’s Prophet Muhammad. Videos quickly went viral from outside the two shrines, showing mobs breaking metal fences and storming the sites as they cursed those who ordered the closure. “No one in the past 14 centuries has managed to close this door, not even during the Mongol Conquest. … We will continue to stay outside the shrine until it is reopened,” said one of the protest leaders addressing the crowds.

Elsewhere at a sit-in, the protesters chanted slogans against President Hassan Rouhani and his health minister and expressed open defiance toward orders from the capital, suggesting that Mashhad would act on its own discretion and independently from the central government.