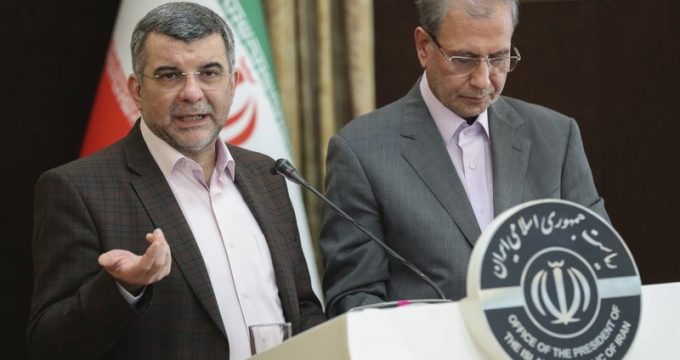 ‘Virus at Iran’s gates’: How Tehran failed to stop outbreak

AP |  JON GAMBRELL: Appearing before the cameras coughing and sweating profusely, the man leading Iran’s response to the new coronavirus outbreak promised it was of no danger to his country.

A day later, he himself would be in quarantine from the virus.

Harirchi’s story is a microcosm of what has happened in Iran amid the coronavirus pandemic. Roughly nine out of 10 cases in the Middle East come from the Islamic Republic, which has reported over 16,000 people infected and at least 988 deaths amid fears that cases may still be underreported. While most people who are infected recover, the virus spreads rapidly and can kill the elderly and those with breathing problems or other underlying illnesses.

Days of denials gave the virus time to spread in Iran as the country marked the 41st anniversary of its 1979 Islamic Revolution with mass demonstrations and then held a parliamentary election in which authorities desperately sought to boost turnout.

Although Iran has one of the Mideast’s best medical services, its hospitals appear to be overwhelmed and authorities have asked for 172 million masks from abroad. It also has asked the International Monetary Fund for $5 billion, the first such loan for Iran since 1962.

The Islamic Republic has an opportunity to limit the virus as the Persian New Year, Nowruz, approaches. But authorities appear unable or unwilling to stop travel between major cities as local towns affected by the virus threaten to set up their own checkpoints to turn away or even attack outsiders. That’s in sharp contrast to Iraq and Lebanon, Iranian allies that have restricted movement while facing a fraction of the reported infections.

What happens next will not only affect Iran’s civilian government and Shiite theocracy, whose officials already have fallen ill, but also the wider world.

“Judging by the fact that Iran has now asked for a $5 billion loan from the IMF, this speaks to how dire the situation is getting and them realizing that it’s spun out of control,” said Dr. Amir A. Afkhami, an associate professor at George Washington University who studies Iran.

‘PATIENT ZERO’ AND AN ELECTION

In a country like Iran, where the state controls all broadcasters and journalists face restrictions, many things about the outbreak remain unknown. Chief among them is who was “patient zero” — the person who was first infected with the coronavirus in the nation, and where.