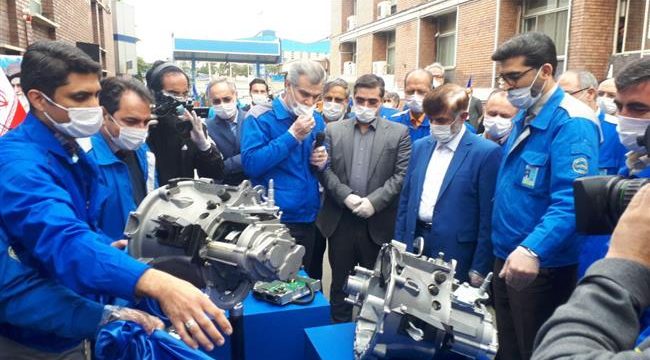 The Iran Khodro Company (IKCO) unveiled the manual and automatics types of the gearboxes on Saturday while officials announced a timetable for their mass production.

Videos showed company’s top engineers explaining the technical specifications of the gearboxes to Ali Aqamohammadi, an economic adviser to the Leader of the Islamic Revolution Ayatollah Sayyed Ali Khamanei.

Wearing an IKCO uniform, chief executive Farshad Moghimi said the manual type of the six-speed transmission would almost entirely rely on domestic industries in Iran once it reaches mass production in October, adding that output would reach 10,000 units in March 2021.

Moghimi said mass production for the automatic version of the gearbox would begin in January 2021, adding that IKCO plans to reach an annual production of 30,000 to 50,000 for the device in the coming years.

Aqamohammadi, Leader’s adviser on economic issues, said that producing gearboxes should be regarded a major success for the home-grown car industry in Iran, saying it is also a sign that the American sanctions on the industry have permanently failed.

“America had thought that with sanctions on the car industry we would raise our hands in surrender,” said Aqamohammadi, adding that car manufacturers and auto parts makers had managed to produce modern devices like airbags and car computer systems inside Iran.

The official said that until the end of the next Iranian calendar year in March 2021, the IKCO and SAIPA, another major Iranian carmaker, would unveil a first car platform that would be fully built inside Iran.