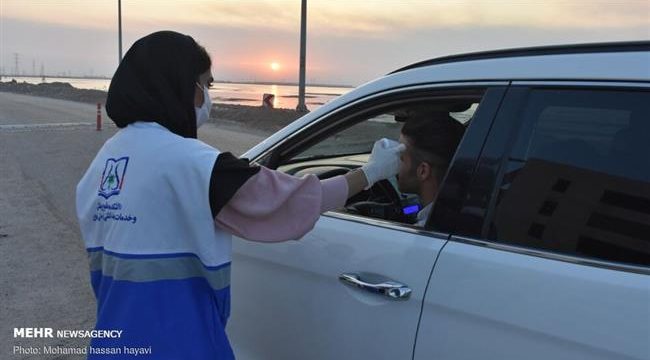 Press TV – Iran’s Health Ministry says the country has screened more than 10 million people for the new coronavirus symptoms as it goes all out against the outbreak.

Speaking on Sunday, Deputy Health Minister Alireza Raeisi said the screening had been carried out over a span of four days.

“6.5 million individuals were screened at health centers, and 3.7 million others via the online platform,” he said.

In all, 900 people were hospitalized among those who tested positive for the virus, the official said.

Raeisi warned that visiting hospitals raises the risk of infection to 40 percent, advising people to register their symptoms via the instead salamat.gov.ir online service.

People potentially requiring hospitalization will be provided with relevant instructions by the ministry’s experts who will call them, he added.

The official also commended high participation in the screening program in northern Gilan, which houses a large concentration of virus cases, saying around 76 percent of the province’s population had already been screened.

Raeisi called the project the least costly and most accessible way of breaking the chain of infection. He also advised the public to remain home, saying it is the only way to prevent the virus from spreading further.

The new virus, a respiratory disease known as COVID-19, emerged in the central Chinese city of Wuhan in Hubei Province late last year. It has killed nearly 5,800 people globally, and infected over 153,000 others, according to the World Health Organization.

Head of Iran’s Plan and Budget Organization Mohammad-Baqer Nobakht on Sunday strongly criticized the United States for its illegal and unilateral sanctions against the Iranian people amid the outbreak.

He called the the Trump administration’s attitude “adversarial and inhumane,” noting that Washington continues to impose new sanctions on the Iranian nation, while at the same time, it is falsely offering help.

The Americans “are not even abandoning their medical sanctions against Iran under these tough circumstances,” Nikbakht said, adding the US does not even allow Iran to sell its oil in order to buy medicine.

Nevertheless, Iran stands tall in the face of all the vicissitudes and is confident it will defeat the sanctions and the coronavirus, he said.

The US reinstated its sanctions against Iran in May 2018 after leaving a UN-endorsed nuclear agreement with the Islamic Republic and five other countries.

Tehran sued Washington at the International Court of Justice, which ruled that the US should lift its sanctions on humanitarian supplies.

The US claims it does not get in the way of food and medicine exports to Iran, but the Islamic Republic says Washington has been creating problems for the Swiss humanitarian channel that is aimed at enabling the transfer of commodities.