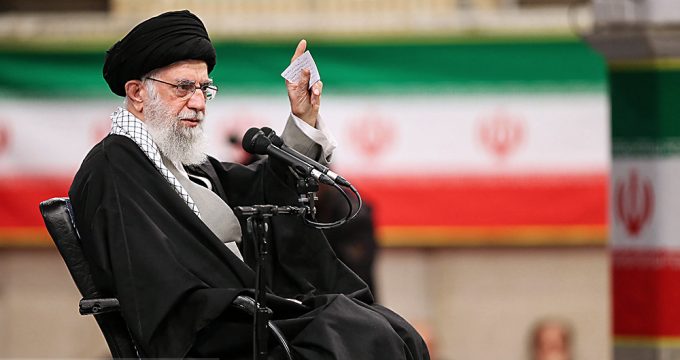 Sputnik – Previously, Chinese Foreign Ministry spokesman Zhao Lijian suggested on his Twitter page that the COVID-19 coronavirus could have been “brought” to China’s city of Wuhan by the US military.

However, he stopped short of providing solid evidence to support his suspicions.

Iran’s Supreme Leader Ayatollah Ali Khamenei stated during an address to the country’s armed forces that the recent coronavirus outbreak, which has led to the infection of over 9,000 people in the Islamic Republic, could have been orchestrated intentionally.

In the speech, the leader referred to “some evidence” that suggested the pandemic was man-made, but didn’t elaborate any further.

“[The establishment of the ‘Health and Treatment Base’ by the military] may also be regarded as a biological defence exercise and add to our national sovereignty and power given the evidence that suggests the likelihood of [the outbreak] being a ‘biological attack'”, Ayatollah Khamenei stated.

At the same time, Zhao Lijian, a Chinese Foreign Ministry spokesperson, suggested on his Twitter page on 12 March that the US Army could have brought the coronavirus to the city of Wuhan in China, which is the epicentre of the pandemic.

The official also enclosed a video from a hearing involving the chief of the US Centres for Disease Control and Prevention admitting that some American patients who appeared to have died from influenza later tested positive for the coronavirus. Zhao Lijian called on the United States to “be transparent”, but didn’t explain why he suspects that the US military brought the coronavirus to China.

According to the latest report from the World Health Organisation (WHO), the COVID-19 coronavirus has infected some 125,048 people and resulted in 4,613 deaths worldwide. Initial reports about the infection came from China, where 80,981 people have been infected and 3,173 have died.

However, the spread of the disease in the Asian country has slowed down, with Italy and Iran being responsible for most of the new infection cases currently being reported.