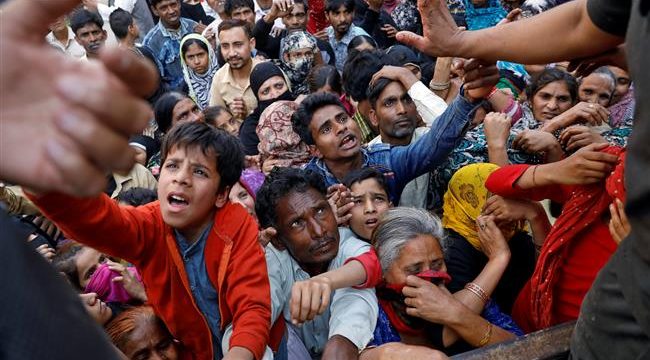 Press TV – A member of Iran’s Guardian Council, Hadi Tahan Nazif, has called on India’s Supreme Court to use all legal methods and procedures to pave the way for the repeal of a discriminatory law against Muslims in the South Asian country.

In the worst communal violence in decades in New Delhi on February 23, more than 50 people were killed and over 100 wounded as groups chanting Hindu nationalist slogans torched mosques and dozens of Muslim houses after looting shops and businesses.

Critics insist the law is discriminatory, coming in the wake of other severe government measures against the country’s Muslim population such as the withdrawal of autonomy for Muslim-majority Jammu and Kashmir.

There are 200 million Muslims in India, comprising more than 14 percent of the country’s population.

Critics of Modi’s government have blamed the anti-Muslim violence on members of the prime minister’s Bharatiya Janata Party (BJP), which was crushed in local Delhi elections early last month. The party has embraced a militant brand of Hindu nationalism and its leaders have openly vilified Indian Muslims.

In a letter to Chief Justice of India Sharad Arvind Bobde, Nazif said, “Our respected colleagues in the Supreme Court of India are expected to use the legal methods and procedures enshrined in the Indian Constitution and pave the way for repeal of this discriminatory law against Muslims.”

The following is the full text of the letter:

The Chief Justice Of India,

As your Excellency well know, supporting basic rights and freedoms and safeguarding their human and citizenship rights are among the principal aims and objectives of judicial and constitutional review bodies that supervise laws and regulations approved by parliaments and other bodies. As we and you, at two judicial and constitutional review bodies that supervise parliamentarian laws, feel it incumbent upon ourselves to prevent the establishment of norms that can contribute to the deterioration of people’s rights.

Sadly, however, today’s images and news coming out of India show the scale of violence used against oppressed Muslims and denial of their very basic rights, including their right to life. This is while India has always been a key supporter of peace in the world and promoted peaceful coexistence of followers of different faiths and ideologies.

Moreover, India is best known for exercise of tolerance and invitation to peace and friendship among Hindus and members of other religious minorities, particularly Muslims, issues stressed by the country’s independence icon Mahatma Gandhi in the diverse and multi-cultural India.

Undoubtedly, the Indian government will take the necessary measures to prevent a religious conflict from escalating. But what our colleagues in India as a friendly and brotherly country can do to end the ongoing protests as well as brutality against Muslims is to reconsider a controversial citizenship law that was ratified by the Parliament of India in December 2019.

It seems that the Citizenship (Amendment) Act (CAA) is discriminatory as it excludes Muslims from the fabric of Indian society by eliminating their rights to equality and citizenship, which runs contrary to basic human rights principles.

According to articles 1 and 2 of the Universal Declaration of Human Rights proclaimed by the United Nations General Assembly in Paris on December 10, 1948, “All human beings are born free and equal in dignity and rights. They are endowed with reason and conscience and should act towards one another in a spirit of brotherhood. Everyone is entitled to all the rights and freedoms set forth in this Declaration, without distinction of any kind, such as race, color, sex, language, religion, political or other opinion, national or social origin, property, birth or other status”. …

Articles 2 and 26 of the Covenant on Civil and Political Rights, to which the Government of India is a party, also emphasize that “all persons are equal before the law and are entitled without any discrimination to the equal protection of the law”.

Article 14 of the Indian Constitution attaches importance to equality before law and equal protection of laws as well while Article 15 prohibits discrimination against citizens on the basis of religion and race.

Our respected colleagues in the Supreme Court of India are expected to use the legal methods and procedures enshrined in the Indian Constitution and pave the way for repeal of this discriminatory law against Muslims.