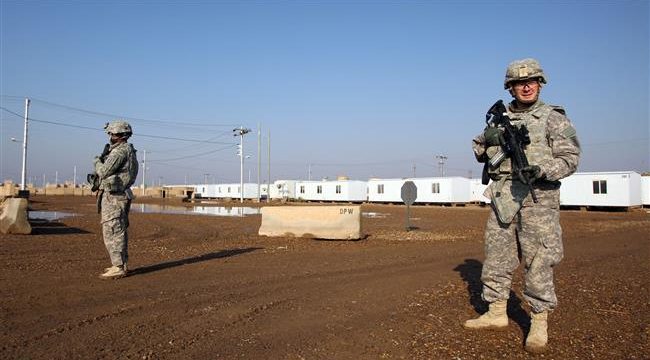 An Iraqi colonel inside the base told Reuters he heard at least 10 rockets hit the base and said he could now hear sirens blaring.

The United States blamed the Iran-backed Kataib Hezbollah Iraqi militia for the attack on Wednesday and said its air strikes targeted the group. But the official Iraqi casualty figures showed three Iraqi soldiers, two policemen, one civilian and no militiamen had been killed.

Iraq condemned the U.S. air strikes on Friday, saying they were a violation of sovereignty and targeted aggression against its regular armed forces.

Longstanding antagonism between the United States and Iran has mostly played out on Iraqi soil in recent months.