Coronavirus: Iran’s Nowruz celebrations halted at the end of a terrible year

For the first time in decades, Iranians are going to experience an unprecedented New Year in which there will be no presents, gatherings, parties or ajil, a traditional mixture of nuts, seeds and dried fruits eaten at this time of year.

With Nowruz, Persian New Year, set to begin on 20 March, Iranians are mostly staying at home, putting themselves in voluntary quarantine due to the high number of coronavirus infections and the fast rate at which it is spreading in the country.

Iran’s health ministry said on Wednesday that 9,000 have so far been diagnosed with coronavirus, also known as COVID-19, and 354 people have died from this virus, although hundreds have also recovered.

March and February in Iran are the two months when people usually cannot find a parking slot for their cars, while everywhere in the city would be choked with intolerable traffic congestion as Iranians go about preparing themselves for the Persian New Year.

No matter what happens or how terrible the economic situation is, they would save enough money throughout the year to buy new clothes, ajil, pastry and arrange their traditional Haft-sin table and gatherings.

Speaking to local media, Alireza Saffari, a clothing manufacturer, said retailers have been seriously and negatively impacted by the coronavirus as people have not been coming out to visit local shops for new clothes.

March has always been the best time of the year for businesses to make profit, but this month, Saffari said, retailers did not yet sell anything.

However, it is not only the clothing manufacturers and retailers facing a financial loss; other businesses are going through the same ordeal.

According to Ali Bahremand, the head of Tehran’s confectionery union, sales have decreased to a tenth of the previous month since the outbreak of the virus.

No new clothes, no family gatherings

With coronavirus overtaking the country, normally bustling Tehran and other cities are now like eerily empty, making the upcoming Persian New Year “unforgettable” for Iranians.

Working in ground operations and the cargo section of an Iranian airline, Payam Eftekhari told Middle East Eye that the airline has not directed its employees to self-isolate.

“But this doesn’t mean I would go to the malls, where the possibility of exposure is serious, to buy new clothes for the New Year. That’s why neither me nor my family have purchased any clothes.

“We will try to have our family gatherings on the eve of Nowruz and the day after, but only if things don’t get more dangerous.” 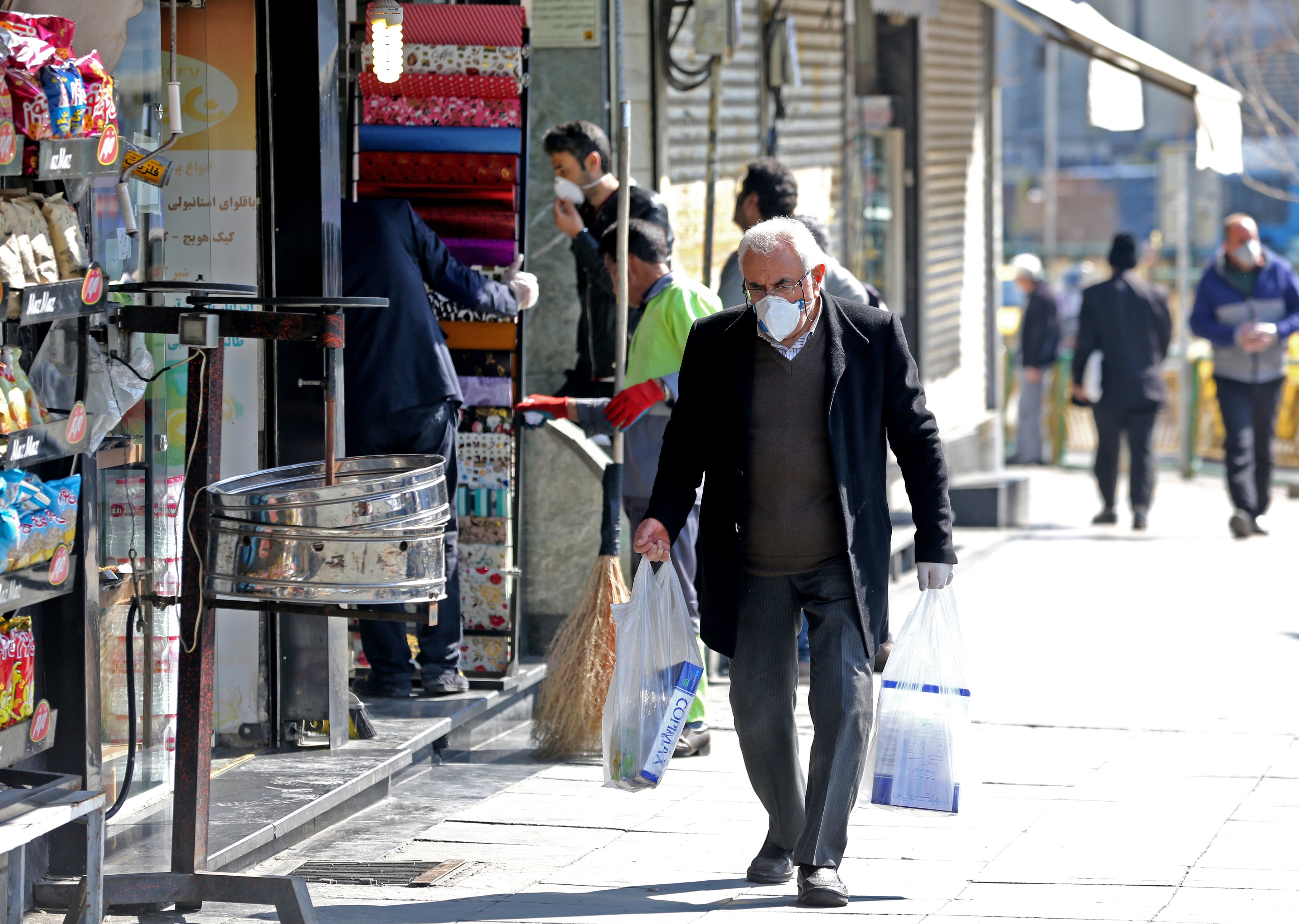 One Nowruz custom, based on Iran’s ancient and Islamic traditions, is younger members of a family visit the houses of elderly members following the New Year to say congratulation and pay respect to them.

But for Mona Asefi, who sells her own gummy candies on Instagram, practicing this old tradition is not an option.

“Every Persian New Year, we go to the homes of seven or eight members of our family, but this year we surely won’t go.”

Similarily, confectionery owner Saeid Farahzade said that unlike previous years, where his family always had a party the day after Nowruz, they have already cancelled this year’s gathering.

“[We] have decided not to go anywhere during the New Year holidays in order to remain protected from coronavirus.”

The past year has already been a nightmare for Iranians, a year that did not allow people to relax for a second as a series of seemingly unending disasters shook the country.

“I can’t remember such a bad year in my life and pray that the next year will be better for Iranians who suffered a lot from Trump’s economic sanctions, floods, fear of war and plane crash during the current year,” Eftekhari said.

From the very beginning of the current Persian year, Iranians knew well that this would be one of the worst years of their lives, as a famous Persian proverb rightly says: “A good year is [proved to be great] from its spring.”

It was 25 March 2019 when Iran’s northern cities were hit by a major wave of floods, which later also occurred in the western and southern cities, causing hundreds of deaths.

Then in May, tensions rose in the Gulf with Iran and the West trading accusation over attacks on oil tankers, a crisis it was feared would lead to a full-scale war.

But the bitter incidents were not only limited to Gulf events.

In November, unprecedented and violent protests broke out across the country after an unexpected hike in gasoline prices, which particularly caught people off guard as they felt the dire economic situation created by United States sanctions was already choking them.

The demonstrations drew a harsh response from security forces, causing the deaths of at least 170 people, with some estimates of those killed far higher.

Just weeks later, on 3 January 2020, General Qassem Soleimani, the commander of Iran’s Revolutionary Guard’s Quds brigade, was assassinated by the US while he was on an official trip to Iraq.

Shocked by the killing, millions of Iranians poured into cities to commemorate and pay respect to Soleimani.

However, more than 50 people died as a result of a crush at Soleimani’s funeral in his hometown of Kerman.

Killing the popular general elevated the possibility of a war between Tehran and Washington to new levels, as Tehran, in response, launched a missile attack on Iraq’s Ain Assad Air Base, where US forces are based, leading to scores of injuries.

Simultaneously, Iran’s military mistakenly brought down a Ukraine passenger plane with 176 people on board, killing all of them and causing widespread anger at home.

And now, in March, the coronavirus has spread through every single province in the country, claiming hundreds of lives, including those of several senior officials.

Delaram Abbasi, a graduate of accounting, and her family have also not made plans since Iranians have been instructed not to leave their houses.

“It seems the spread of the virus will reach its peak in the coming weeks,” she said.

“I guess the whole Nowruz holidays (13 days) will be like today, staying at home in quarantine.”

As a result of the outbreak, the government has banned people from entering a number of provinces, but not Tehran and Qom.

The policy has raised eyebrows and anger among people as Qom has been the centre of the outbreak and putting it under quarantine could have prevented the country from entering its current alarming situation.

“Nowruz is something special for everyone in Iran and I feel like it brings hope and encouraging events with itself,” Eftekhari said.

“Despite having bad days, I’m really happy that this horrible year that witnessed a lot of deaths is coming to an end.”