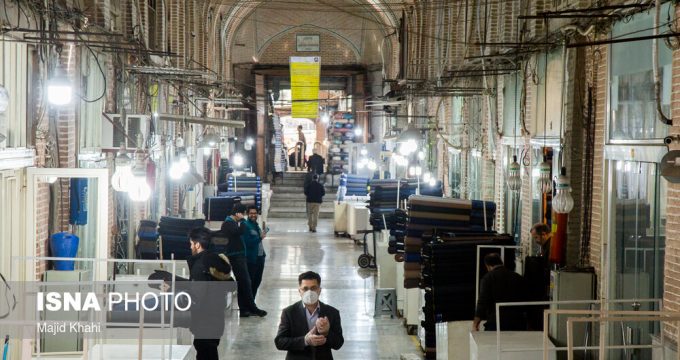 Bloomberg | Arsalan Shahla: The days before March 21 this year were supposed to be busy with shoppers in Tehran and elsewhere in Iran preparing for Nowruz, the Persian new year, the most prosperous time for merchants and shopkeepers. But pedestrian traffic is sparse in the capital. Some people who have ventured out are wearing masks and gloves, but others seem indifferent to protective measures. Restaurants and cafes are empty; and the confectioneries—usually packed with folks shopping for new year’s candies and sweets—are deserted, stark and almost naked because of the bright lights shining through their tall windows, exposing tray upon tray of unsold pastries, nuts, and chocolates.

On the sidewalks, peddlers spread their products on the ground, but no one’s paying attention. “People are afraid of corona,” says one seller, using the popular shortened term for the new coronavirus. “They don’t want to touch anything. They think they’d carry corona to their homes.” On Enghelab Square, near the University of Tehran, some bookstores were closed, and those that weren’t had no customers, not even window-shoppers.

At one of the sweet shops, the 56-year-old manager—“Haj Mehdi” as his employees call him—stands staring at his store empty of the usual holiday consumers. “It’s awful,” he says. “On a good day, we earn one-fourth of the pre-corona days. We used to make 2 million tomans a day [about $130 at current depressed rates of exchange]. Now, 300,000 to 400,000 tomans. We used to have 80 to 100 customers. Nowadays, fewer than 20. I might actually start drawing tally marks to count the customers every day just to keep myself entertained.” He’s thinking of cutting down on work hours to save money. “We have 12 people and have asked them to work in shifts every other day. We’re not going to close, but if this situation persists, we may have to let go of them one by one.

At a downtown branch of Bella Shoes, a venerable brand established in 1966, store manager Behnam Soleimani, 26, sounds desperate. “We’re selling one-third of February and just a tiny fraction of what we could’ve been selling in March,” he says. “We’re part of a company with many branches, and it’s unlikely that the spread of coronavirus will lead to the closure of the entire company. But our branch, our staff, or myself might as well get the ax if it goes on like this.” Bella has survived calamities before: several stages of bankruptcy and restructuring over the years, as well as the 1979 Islamic Revolution. The epidemic is another existential threat. “It’s that time of the year when we shouldn’t have time to scratch our heads,” Soleimani says. “But nowadays we sit around for a couple of hours without anyone coming in to even ask a price.”