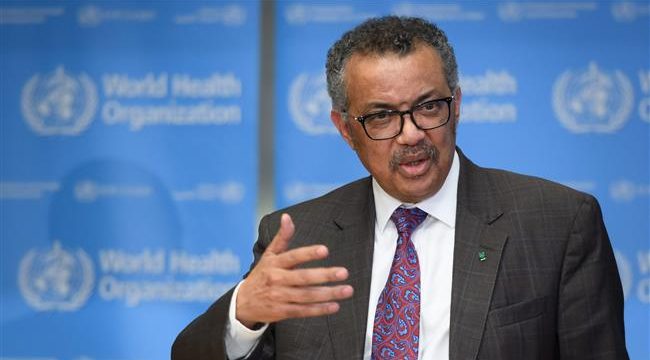 Iran doing its best in COVID-19 battle despite lack of equipment: WHO

Press TV – Director General of the World Health Organization (WHO) says the Islamic Republic of Iran is doing its best in fight against the novel coronavirus despite a lack of sufficient equipment and facilities mainly caused by the US sanctions.

“We know that Iran is doing its best, all it can … that’s what I appreciated,” Tedros Adhanom Ghebreyesus said at a press conference at the organization’s headquarters in Geneva, Switzerland, on Wednesday.

“They need lots of supplies, and … we have tried to support as much as we can, but there is still a shortage,” he added.

The WHO chief’s remarks came a few hours after the Iranian Foreign Ministry slammed the United States for blocking the entry of foodstuffs and medicine into Iran through its unlawful sanctions.

Asked about the impact of US sanctions on Iran’s fight against the virus, Foreign Ministry spokesman Abbas Mousavi said Wednesday, “The oppressive and illegal American sanctions, which [have been imposed on Iran] within the framework of the ‘maximum pressure’ campaign, have affected public welfare and health in Iran.”

“Although medicine and medical equipment should be exempt from the sanctions…the course of relevant transactions has been blocked,” he told media representatives via video-link on Wednesday. “However, they brazenly claim that medicine and foodstuffs are not subject to the sanctions,” the official added.

The COVID-19 epidemic in Iran has so far killed 354 people and infected 9,000 others. Some 2,959 people have also recovered and been discharged from hospital thanks to the efforts of the country’s medical staff.

The Fars News Agency on Wednesday claimed in a report that several members of the cabinet, including First Vice-President Es’haq Jahangiri, Trade and Industry Minister Reza Rahmani, and Tourism Minister Ali-Asghar Mounesan have contracted the virus.

Press TV could not independently verify the report, and no official source has confirmed it so far.

The virus earlier killed a former Iranian ambassador to Syria, Hossein Sheikholeslam, and a member of the country’s Expediency Council, Mohammad Mirmohammadi.

Meanwhile, the country’s researchers are working hard to find some vaccine or treatment for the novel virus.

The Health Ministry spokesman announced on Wednesday that a homegrown version of the Swiss-made medicine “Actemra” – mainly used for Arthritis – has been tested at a hospital in Isfahan and resulted in relative improvement of symptoms in some serious cases of coronavirus infections.

“The drug has shown a relatively positive response 24 hours after the first injection,” Kianoush Jahanpour said.

However, it is too soon to make any judgment about the effectiveness of the drug, he told ISNA.

The illness, whose symptoms are fever, cough and difficulty breathing, may cause lung lesions and pneumonia.