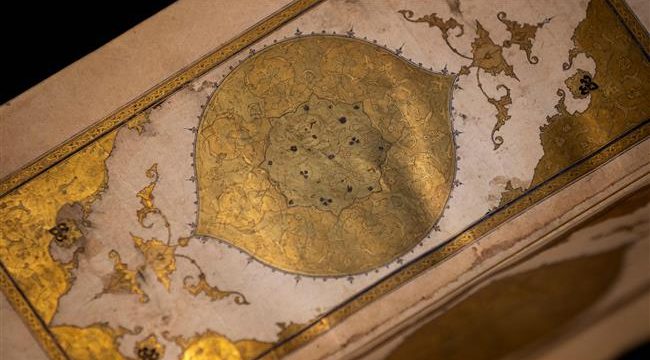 The Guardian | Alison Flood: After much intrigue, one of the earliest copies of the 14th-century author’s revered Divan, illuminated with gold, to be auctioned in April

A “magnificent” stolen manuscript by the revered 14th-century Persian poet Hafez, which was dramatically discovered earlier this year by a Dutch art sleuth, is set to be sold at auction next month.

The gold-illuminated Divan of Hafez is dated to 1462 and is one of the earliest copies of the work of the Persian poet, who died in 1390. Illustrated by the calligrapher Shaykh Mahmud Pir Budaqi, the manuscript was part of the collection of the Islamic art collector Jafar Ghazi, who died in Germany in 2007. After his death, his heirs discovered that many of his manuscripts had been stolen.

While 175 items were recovered by police in 2011, the Divan was still missing. When a €50,000 (£43,000) reward was offered by German police, it was tracked down in 2019 by Arthur Brand, a Dutch art detective who has previously found a pair of bronze horses sculpted for Adolf Hitler, and a stolen Picasso.