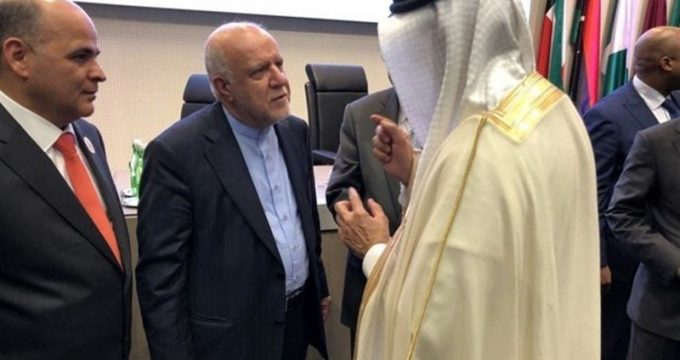 Tasnim – Iran’s Oil Minister Bijan Namdar Zanganeh said Friday’s “fruitless” meeting of the OPEC+ in Vienna was one of the worst meetings in the history of the organization.

Speaking to reporters, Zanganeh said the ministerial meeting of the OPEC and non-OPEC countries that ended without achieving a result in Vienna on Friday was one of the worst meetings he has ever seen in the history of the organization.

“It was a very tough meeting and was almost fruitless,” he explained.

The Iranian minister said a reduction in the OPEC output that had been agreed upon in December 2019 was not extended in the meeting. “The market needs production cut and an agreement.”

“Six hours of private negotiations were held, but Russia and Saudi Arabia could not reach an agreement. One should show flexibility in negotiations, otherwise, everybody would be harmed,” Zanganeh added.

He also noted that a number of the OPEC members were insisting that non-OPEC states join the production cuts, but the non-OPEC countries did not approve.

The Organization of the Petroleum Exporting Countries had proposed Thursday that oil output be curbed by 1.5 million barrels a day, or 1.5 percent of world oil supplies, to deal with the effects of the spreading coronavirus outbreak on demand.

Bijan Namdar Zanganeh, OPEC output cut, OPEC-Non-OPEC Meeting in Vienna March 7, 2020
Coronavirus death toll mounts to 145 in Iran
Another senior politician has died of coronavirus in Iran, where 8% of the parliament is infected