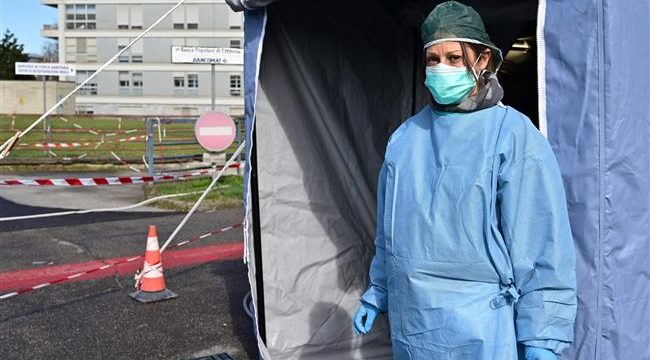 Press TV – Italy has replaced Iran as the country with the highest number of coronavirus deaths outside of China, as its fatalities exceed 100.

The total number of people in Italy who died of the COVID-19 virus rose to 107, the country’s Civil Protection Agency said on Wednesday, after 28 deaths were reported in the previous 24 hours.

According to Angelo Borrelli, the head of the agency, the number of the people infected with the highly-contagious virus also soared to 3,502, from 3,089 a day earlier.

COVID-19 has killed 92 people and infected 2,922 others in Iran as of late Wednesday, according to the Iranian Ministry of Health. Some 552 Iranians have recovered from the disease so far.

The Italian outbreak started 13 days ago. The country is believed to have been the pathogen’s gateway to Europe.

On Wednesday, Italy shut down all schools and universities until March 15 and took other emergency measures to combat the spread the new coronavirus, which first emerged in the central Chinese city of Wuhan late last year.

More than 93,000 cases have been confirmed worldwide and the number of deaths from the virus has reached 3,110 globally, although most of them remain confined to China, according to the World Health Organization (WHO).

South Korea’s Centers for Disease Control and Prevention said on Wednesday that the number of confirmed cases in the country had reached 5,766, the largest outside China, adding that 35 people had died. Around 75 percent of the cases are in the southeastern city of Daegu.

The South Korean authorities have announced a ban on face mask exports.

On Tuesday, President Moon Jae-in said the entire country was at war with the new coronavirus, saying Seoul would inject 25 billion dollars into the economy in the wake of the outbreak.

On Thursday, China reported a rise in confirmed cases of COVID-19, reversing three days in a row of declines, saying the spike had occurred due to new infections in Wuhan, the birthplace of the outbreak.

China’s National Health Commission (NHC) said that 139 new cases had been confirmed as of Wednesday, bringing the total number of confirmed cases in the country to 80,409. It had reported 119 new cases on Wednesday and 125 on Tuesday.

It added that the cases included 16 people from the same family in Blida Province.

(This is a developing story and is updated as new information is obtained.)