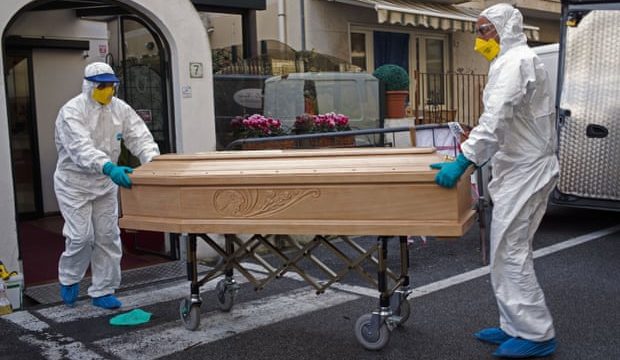 New coronavirus infections spiked dramatically across Europe on Sunday, with Italy reporting hundreds of new cases and five more deaths. The number of confirmed cases also jumped in France, Germany and the UK, and the Czech Republic reported its first case.

As the disease continued its rapid spread and governments introduced emergency measures to halt the progress of the escalating epidemic, outbreaks worsened in Iran and South Korea. The US also reported two new infections, one in Chicago and another in Rhode Island, marking the eastern state’s first case.

Italy said confirmed infections had risen 40% in 24 hours to 1,576, with the death toll now at 34. In Germany the number of people infected had almost doubled to 129 on Sunday, while France’s total stood at 100 – up from 38 on Friday – nine of them in a serious condition.