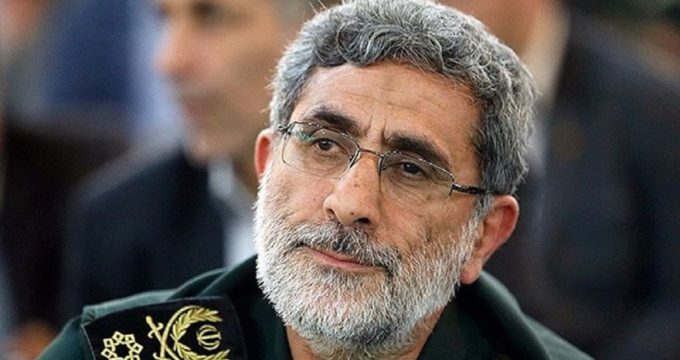 Iran Review | Alireza Hashemi: America has issued an official death threat against IRGC’s Quds Force Commander Esmail Qaani, following the “targeted killing” of his charismatic predecessor. But there is a red line the US should be unwilling to cross.

The US appears to have resorted to individual harassment or assassination of Iranian officials, marking a new phase of its long-running standoff with Iran.

This is the latest technique employed under a coercive Machiavellian strategy called “maximum pressure”, which also includes a broad spectrum of economic sanctions and even a sporting boycott project. The initiative had a high-profile launch on January 2, when US drones bombed former IRGC’s Quds Force commander Qassem Soleimani.

The US officials described it a “targeted killing”, but many believe it was a textbook example of state-sponsored terrorism.

A US Department of Defense statement claimed Soleimani was “actively developing plans to attack American diplomats and service members,” in a continuation of previous attacks that had led to “the deaths of hundreds of American and coalition service members and the wounding of thousands more.”

The statement argued the US drone strike “was aimed at deterring future Iranian attack plans”. But the US provided no evidence proving Soleimani posed imminent threats that required his immediate assassination in an act of self-defense.

Interestingly, justifications offered by the US politicians show Soleimani is unlikely to have been assassinated for posing immediate threats.

There is also no evidence that Soleimani has ever been behind any attacks on Americans. In fact, the claim that the general was behind the deaths of hundreds of Americans appears to have grown out of a propaganda figure created by former US vice president Dick Cheney when he was trying bolster the case for a war on Iran.

The assassination seems to be part of an emerging pattern of pressure, which also includes personal sanctions.

The assassinations have also targeted several commanders, in addition to Soleimani. About two weeks before Soleimani’s death, reports surfaced that IRGC’s Aerospace Force Commander Amir Ali Hajizadeh had been killed in Syria. Hajizadeh is now still alive, but there are unconfirmed rumors that he has survived an assassination attempt.

Separately, Wall Street Journal reported last month that Abdolreza Shahlaei, which it claimed was a high-ranking Quds Force commander working on Yemen, had faced an assassination bid on the same night Soleimani was assassinated.

The latest signal showing the new pattern came on January 23, when US Special Representative for Iran Brian Hook threatened the US could assassinate the newly-assigned IRGC’s Quds Force Commander Esmail Qaani.

“If Qaani follows the same path of killing Americans [as Soleimani] then he will meet the same fate,” Hook told the Saudi-funded outlet Asharq al-Awsat. Hook also vowed to “hold the regime and its agents responsible for any attack on Americans or American interests in the region.”

Certainly there is a difference between vowing forceful response to attacks against America and openly threatening individual assassination of top commanders of other countries.

The 62-years-old Qaani amassed massive battlefield experience in the 1980s when he was leading various IRGC units during the Iran-Iraq war.

Following the war, the battle-hardened commander joined the Quds force and mastered the artwork of asymmetrical warfare. He was appointed as the Quds Force’s deputy commander in 2007, ten years after Soleimani assumed its leadership.

During the years, he focused on Iran’s eastern neighbors, including Afghanistan, while Soleimani was looking after Iran’s interests in western neighbors, particularly Iraq. Qaani has vowed to continue the late commander’s path “with the same might” and to avenge his assassination by pushing US forces out of the Middle East “in several steps”.

Whether or not the US is serious about its latest threat will only be known with time. It’s also unclear how Iran would respond to assassination of one other of its top military commanders.

But it appears the maximum pressure campaign is getting more and more close to igniting a full-scale war that would have far-reaching consequences for America’s empire.