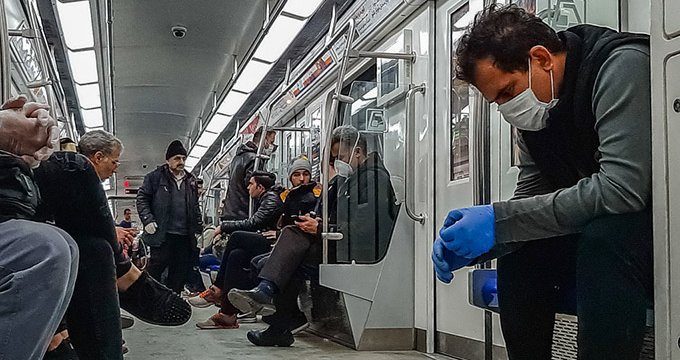 Financial Tribune – With 170 new cases of the novel coronavirus reported in the northern province of Tehran, the most populated province has now taken the place of Qom as the epicenter of the rapid outbreak in Iran.

While the central city of Qom was the country’s coronavirus focal point in the first days of the epidemic, nearly half of the new cases detected in the past 24 hours has emerged in Tehran, the most populated Iranian province, health officials announced on Sunday, IRNA reported.

Overall, Iran’s confirmed coronavirus cases soared to 978 as of March 1, including 54 who have died from the infectious disease. The southeastern province of Kerman reported its first two cases on Sunday, Health Ministry spokesperson, Kianoush Jahanpour, said.

The health official warned that following Tehran, the central Markazi Province is most at risk of a rapid spread.

He added, “Provinces along the Caspian Sea coastline have also reported numerous cases. We ask people to refrain from unnecessary trips to northern parts of Iran.”

Jahanpour noted that the coronavirus outbreak is still continuing its alarming upward trend. Roughly 170 patients have recovered from the infection.

Iran’s armed forces have adopted a raft of measures to help the country, which has turned into the epicenter of the disease in the Middle East, defeat the epidemic.

The Army’s Ground Forces inaugurated a “rapid reaction base” for the fight against the new coronavirus on Sunday morning.

Ground Forces chief, Brigadier General Kioumars Heydari, talked to reporters on the sidelines of the event, stressing that “the army is by the people’s side as always.”

Heydari noted that the army plans to disinfect Tehran’s hospitals on a regular basis.

The commander also said that the army has not identified any suspected patients in its bases and it has granted time off to those with preexisting conditions to minimize their risk of contracting the disease.

The Islamic Revolution Guards Corps also released a statement to announce they have also set up a base to help contain the fast-spreading virus.

The IRGC has also authorized the Health Ministry to employ the force’s hospitals during the coronavirus outbreak.

According to the statement, the military forces are sanitizing public places and distributing disinfectants, facemasks and other equipment among the people.

More than 87,000 people have caught the virus around the world, and over 3,000 have died from the highly contagious virus.

coronavirus, coronavirus in Iran, Kianoush Jahanpour, Tehran March 3, 2020
What expertise elected representatives of Tehraners have in 11th parliament?
WHO chief: No evidence Iran covering up severity of coronavirus crisis