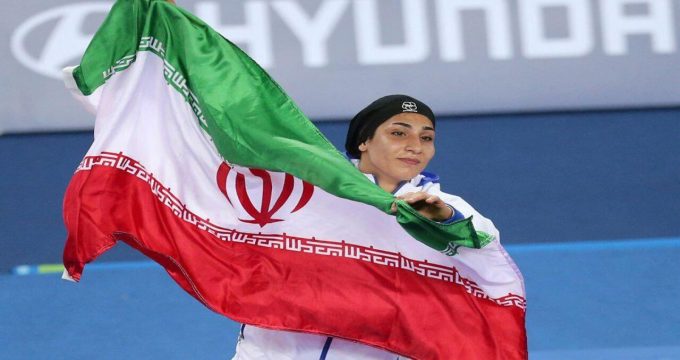 IRNA – Hamideh Abbasi, Iranian Karateka secured the 48th Iranian quota at the 2020 Tokyo Olympics during the Austrian Karate-1 Championships to increase the number of women invited to the world event to five.

Karate has officially been included in the Tokyo Olympics. Previously Bahman Asgari snatched gold medal, stood above all competitors with 7,702 points in the Olympic standings and recorded Iran’s first Olympic quota in this sport.

In less than a month after Askari’s first Olympic quota, Abbasi won the Austrian Karate-1 Salzburg Championships gold medal as well as the second Olympic quota in the final.

Four quotas for karate (2 men’s quota and 2 women’s quota) are envisaged out of which 2 quotas have so far earned by Iranian karatekas.