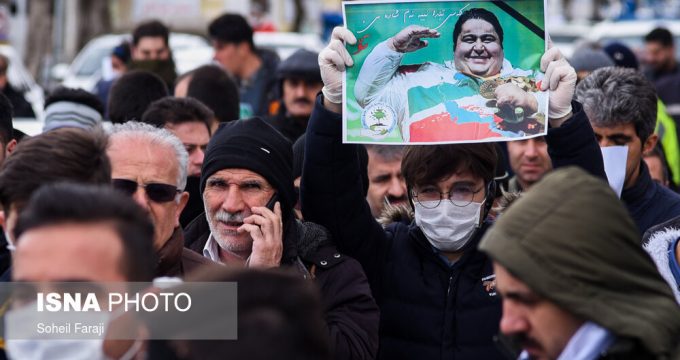 ISNA | Soheil Faraji: The funeral procession of the Iranian two-time Paralympic champion was held in the West Azerbaijan province. The Iranian athlete died at a hospital in his hometown Oshnaviyeh in western Iran on Sunday, 1 March 2020, at the age of 31. Rahman broke onto international stage at the Kuala Lumpur 2010 World Championships where he competed in the men’s over 100 kg taking the silver medal behind teammate Karem Rajabi Golojeh. Two years later, he took his first Paralympic title at London 2012 breaking his own world record with a 291 kg-lift. Rahman broke the world record nine times in three years from 2014-2016 and took his first world title at Dubai 2014 in the lead up to the Rio 2016 Paralympic Games.